Tennis star Serena Williams recently sang a rendition of the Divinyls classic song I Touch Myself as part of a breast cancer awareness campaign.

Following weeks of controversy stemming from her US Open meltdown, the 36-year-old has used her platform to raise cancer awareness.

A preview of Serena singing I Touch Myself aired on Sunday night’s episode of The Project, after she was interviewed by Lisa Wilkinson in New York.

‘It’s putting myself in a very vulnerable moment, but just to make a huge statement I think is really important,’ she said.

The clip showed the sports icon baring her shoulders and wearing glamorous makeup. 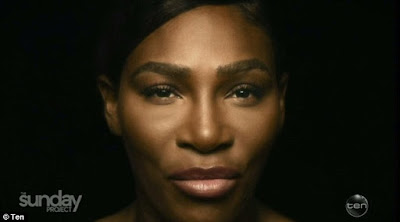 Man does the unbelievable after catching wife in bed with student lover
Categories: News