United states Senator, John McCain who died a few days ago has been buried.

The burial ceremony took place just as he wanted as he was laid to rest at a private ceremony at the U.S. Naval Academy in Annapolis, Maryland on Sunday.

McCain was buried in a plot of land next to his Naval Academy classmate and lifelong friend Adm. Chuck Larson, who died of leukemia in 2014.

Many Protest Over Rome's Decline As Mayor Teeters

McCain’s son Jack McCain, Gen. David Petraeus and Sen. Lindsey Graham also spoke at the service with Graham saying  before the service that“nobody loved a soldier more than John McCain, that I bear witness to his commitment to have their back, travel where they go, never let them be forgotten.” 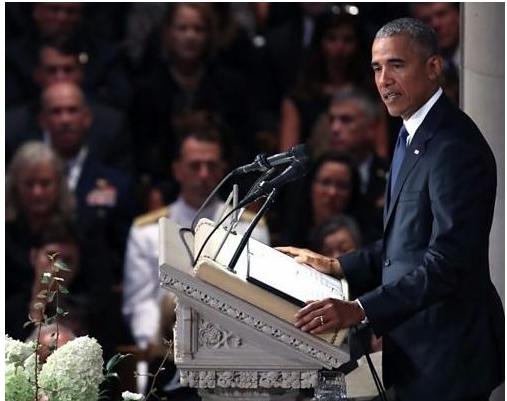 (Download) “Down On It” by Whizper now available on Itunes.
Categories: News