An innocent man who spent 17 years in jail for a crime he did not commit is seeking nearly £1million compensation after police found his criminal lookalike.

Richard Jones, from Kansas City, was released last year after a judge called into question his original conviction.

He had been jailed for armed robbery in 1999 after an eye witness said he was the robber.

However, while he was in prison, other inmates repeatedly told him he looked like a criminal named Ricky Amos.

Mr Jones lives on the other side of Kansas while his lookalike lived near where the robbery took place.

It later turned out there was no DNA or fingerprint evidence linking Mr Jones to the crime.

Mr Jones has now filed a petition seeking $1million in compensation from the state of Kansas.

The father-of-two, who has missed seeing his 24-year-old and 19-year-old daughters grow up, is also asking for future financial assistance for tuition, housing and counselling.

He said: ‘It took a big chunk of my life that I can never get back. I am just trying to get stable in my everyday life. I am still transitioning.’

At that time, I was pretty much trying to be responsible as a father.

Michelle Obama speaks on running for US presidency

‘I was not perfect, but I was a big part of their lives, and when I got incarcerated, it was hard for me because I was used to being around for my kids.’

‘It was a hard pill to swallow.’

The petition reads: ‘This compensation is relatively small given the unfathomable hardship of 17 years of wrongful imprisonment.’

Mr Jones’ lawyer, Richard Ainsworth, said they were hoping to get a certificate of innocence and for compensation so he could finally move on with his life.

The 42-year-old had previously tried to appeal his case several times but was unsuccessful.

But after hearing about a man who looked just like him, and even had the same first name, he contacted the Midwest Innocent Project, which provides legal services to people who have been wrongly-convicted.

Another lawyer working on Mr Jones’ case said: ‘We were floored by how much they looked alike.

‘Everybody has a doppelgänger, luckily we found his.’ 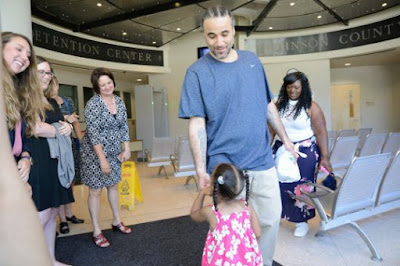 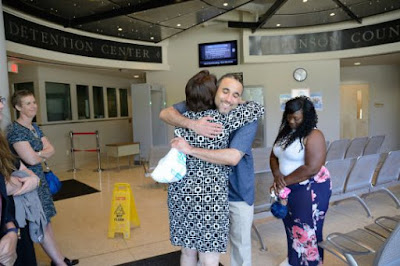 Catholic Priests Ordered To Report Confessions or Be Charged
Trump Falls From 544th To 766th On Forbes List
50 Cent Buys 200 Front Row Seats Of Jarule's Concert, So The Seats Could Be Empty
Customs Cancel Promotion Exam Over Malpractice