Annan, who was born in Ghana in 1938, served as the seventh UN Secretary-General, from 1997 to 2006, and was the first to rise from within the ranks of the United Nations staff.
He had also been a member, since 2007, of The Elders, a humanitarian group of a dozen leaders and activists of worldwide stature formed by Nelson Mandela. In 2013, Annan became its chairman.
The Kofi Annan Foundation confirmed his death with “immense sadness” in a statement posted on Twitter.
Resign If You’re Not Strong Enough, Bishops Tell Buhari 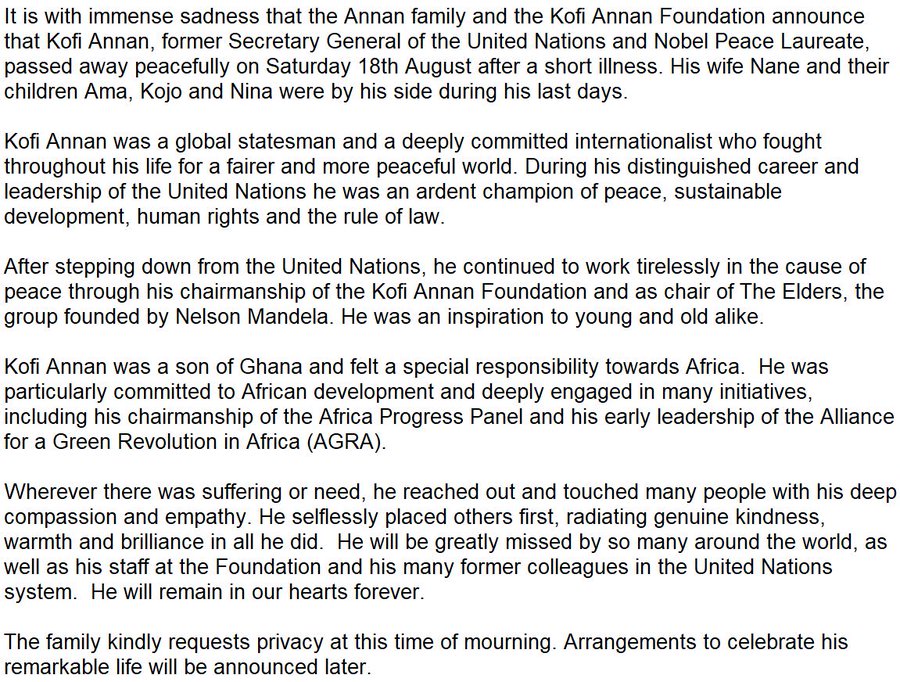 Annan passed away peacefully Saturday morning after a short illness, with his wife Nane and their three children by his side during his final days, the statement said.
Source:CNN
"PDP Is broke and wants to come back for more stealing" – Amaechi
Categories: News