Donald Trump has claimed Queen of Soul Aretha Franklin ‘worked for him’ as he paid tribute to the singer hours after her death.

Speaking Thursday, the president said: ‘I want to begin today by expressing my condolences to the family of a person I knew well.

‘She worked for me on numerous occasions.’ Trump continued: ‘She was terrific – Aretha Franklin – on her passing.

‘She brought joy to millions of lives and her extraordinary legacy will thrive and inspire many generations to come.

‘She was given a great gift from God – her voice, and she used it well.

‘People loved Aretha. She was a special woman. So just want to pass on my warmest best wishes and sympathies to her family.’

Trump was pictured with Franklin at the gala opening of this Trump International Hotel in Manhattan in 1997.

It is unclear if she sang at that event, although she did perform at one of his Atlantic City casinos during the 1980s, The Hill reports.

List of top 10 most beautiful, hottest Nollywood actresses (See Who Made No.1)

The president was also pictured with Franklin five years earlier at a 1992 Grammys party in LA, with his second wife Marla Maples and record producer Clive Davis.
Both the Clintons and Obamas have paid glowing tributes to Franklin after her death from pancreatic cancer aged 76.

The Clintons called her ‘a friend’ and ‘America’s greatest national treasure.’

They continued: ‘For more than 50 years, she stirred our souls.

‘She was elegant, graceful, and utterly uncompromising in her artistry. 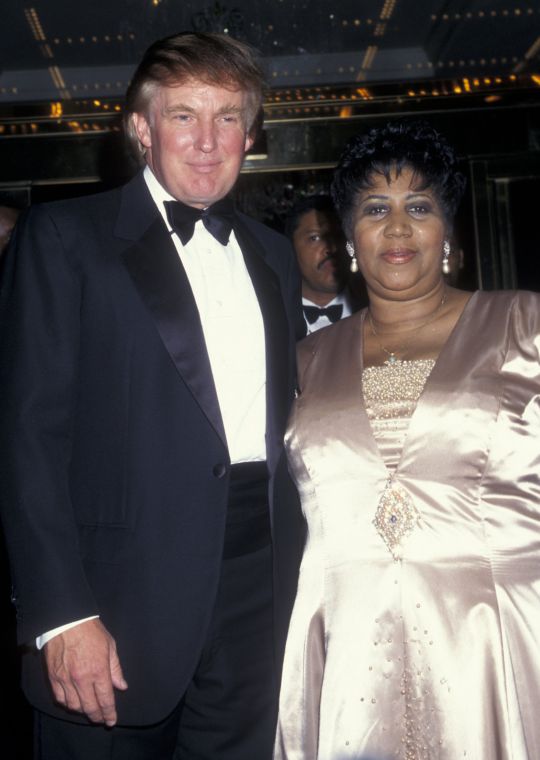 ‘Aretha’s first music school was the church, and her performances were powered by what she learned there…

‘She will forever be the Queen of Soul and so much more to all who knew her personally and through her music.’