At least 300 people were injured after a wooden platform collapsed at a music festival in Spain on Sunday night.

According to the local police and a spokesperson for Xunta Galicia’s health department, one person suffered serious injuries.

The incident happened at around midnight during an outdoor concert on the final evening of O Marisquiño, a three-day culture and sports event in Vigo on Spain’s northwest coast.

Dozens of people were trapped or fell into the sea after the platform, which was part of the existing harbor structure, collapsed.

In a statement Monday, the organizers of the festival said that they “deeply regret the accident” and that the area in question has been sealed off to allow experts to determine the cause of the collapse.

It added that the concerts “met the security conditions required by legislation” and that organizers were available to speak with authorities as needed. Soon after the incident, pictures of the caved-in walkway began appearing on social media. 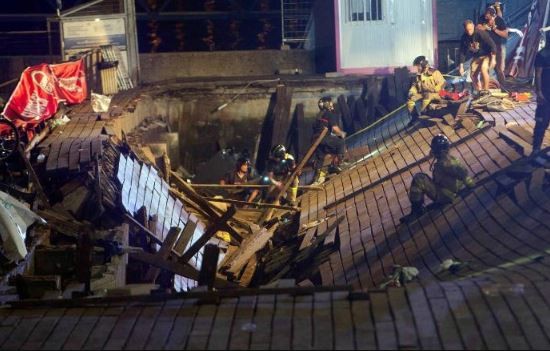