Three paedophiles who were convicted of raping and killing ten-year-old Mosad Saleh al-Mothana in Yemen were made to face a public execution.

Yemeni officers forced the men to lie face down on a mat before they were all shot through the back with five bullets aiming for the heart. Subsequently, their bloodied corpses were strung up from a crane for all to see. 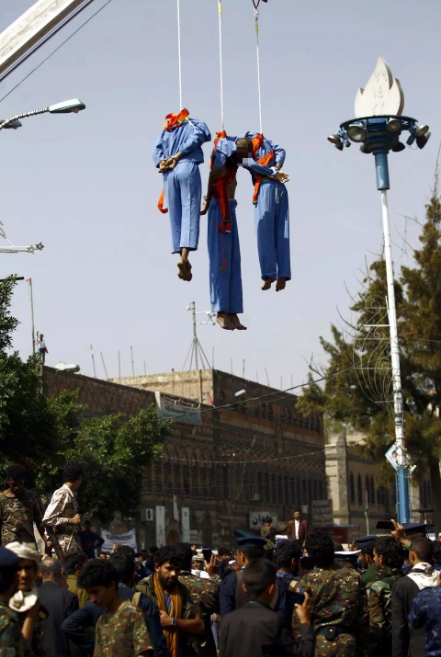 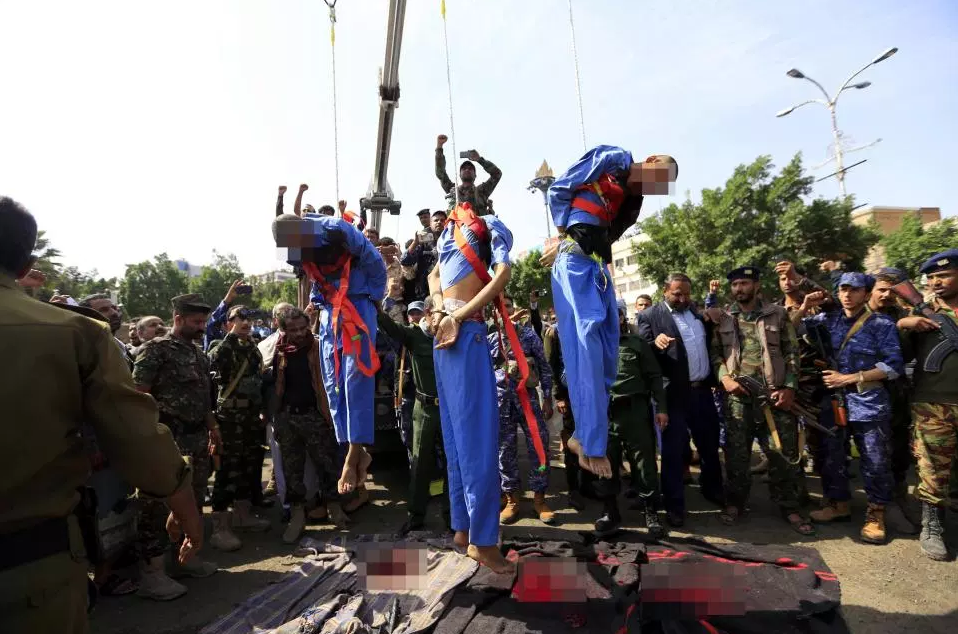 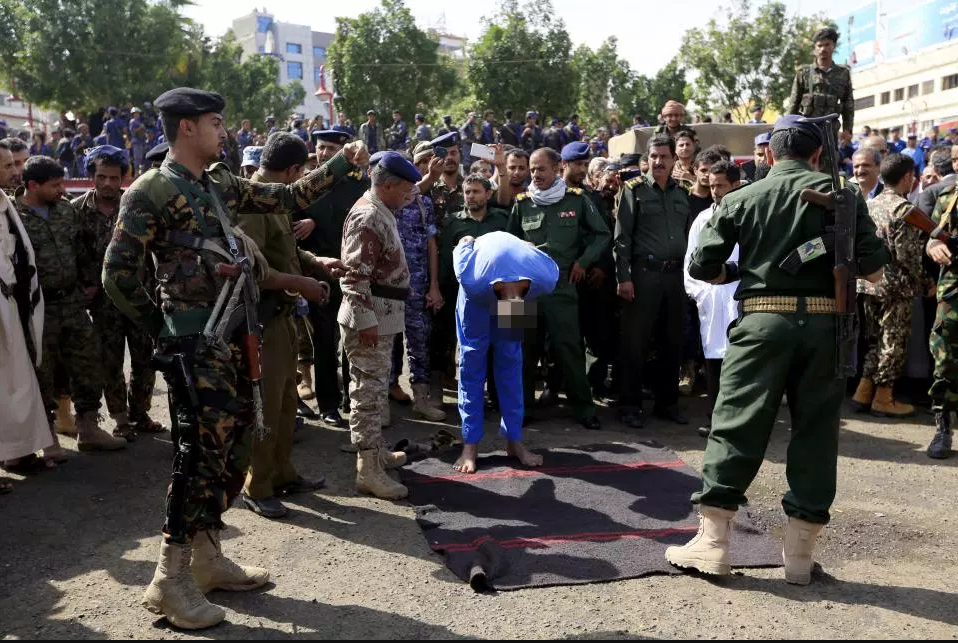 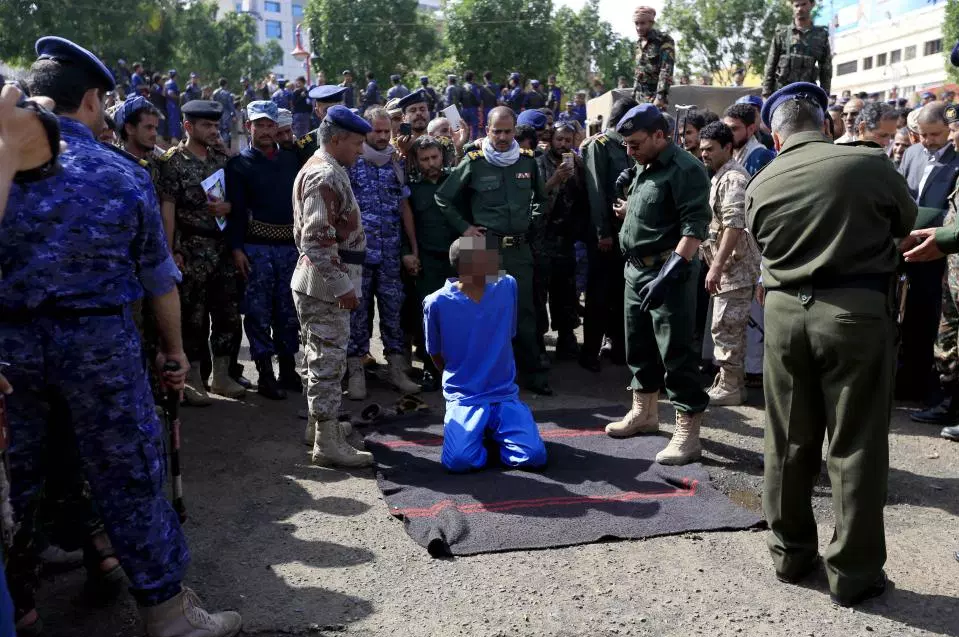 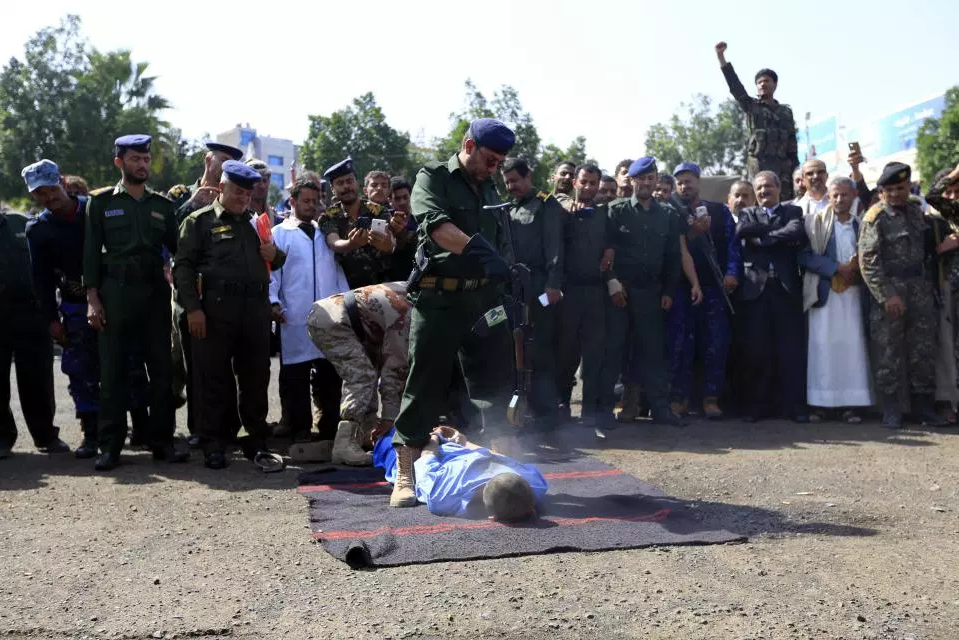 Lawyer with bed bugs forces shutdown of Oklahoma courthouse
South African authorities allow Grace Mugabe Leave with no assault charge
Video: “Buhari is Satan, he is leading us to darkness”-Asari Dokubo
World War 3 Will Start In 2019- Prophet Who 'Predicted Hitler And 9/11' Claims