Bolivia’s gold-and-emerald presidential medal with sash, which dates back to the foundation of the republic in 1825, were reportedly stolen from a guard’s car while the officer visited a brothel.

The officer identified as Lieutenant Roberto Ortiz was meant to deliver the priceless historic medal and a tricolor sash to President Evo Morales to wear during his speech on Wednesday in the central city of Cochabamba, according to a police report quoted by local media

But his flight on Tuesday was delayed and the officer instead decided to visit various brothels, according to Police report.

“I entered a number of these different establishments (brothels) but then returned to where I left my motor car,” the report quoted the custodian as having told police. “When I got there my backpack, which held the emblems of the nation, had been taken.” 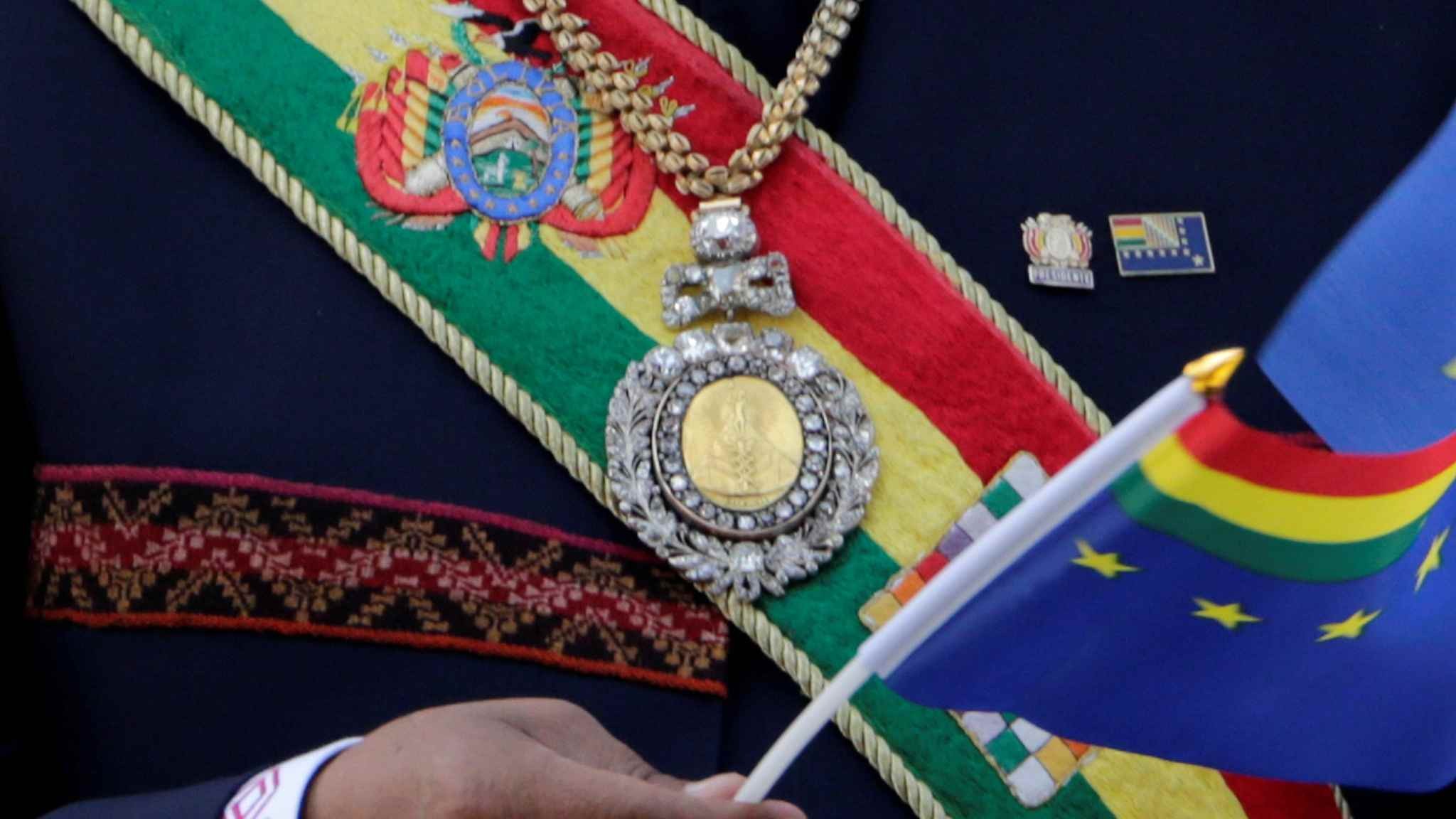 Luckily, police found the items after the Peruvian thieves dumped them in the portico of a church in the city center.

President Evo Morales, who last wore the emblems on August 6, during celebrations marking Bolivia’s 193rd anniversary appeared at the Cochabamba military parade on Wednesday with neither medal nor sash and didn’t make any reference to the stolen items.

According to Daily Mail, the medal was a gift from the Congress of the recently formed Bolivian republic to its founder in 1825 and was first used in 1826 as the presidential medal by Antonio Jose de Sucre. The gold medal, encrusted with emeralds, is normally kept in a secure vault at the Central Bank but is delivered to the president for ceremonial occasions.

10 Sex Positions Everyone Should Try
Zambian politician sentenced to death by hanging for killing his security guard during a clash with girlfriend
Former CNN 'Inside Africa' host, Soni Methu dies
Buhari’s Ministerial list colorless, stagnant, uninspiring and a waste of time - PDP