“I regret to write and notify you of my decision to resign my position as deputy governor of Kano State with effect from Saturday 4th August, 2018.

“Your Excellency, I would have desired to remain up to the end of our tenure in order to fulfill the aspirations and expectations of the good people of Kano State as expressed in their mandate given to our joint ticket in 2015, but with the current and persistent irreconcilable differences on matters relating to governance and government operations, personal opinions, and the concept of, and respect for, democratic ideals and values, it would be unfair to my conscience, to the good people of Kano State and to you as the head of the government to continue to remain in my position as the Deputy Governor of Kano State.

“Your Excellency would recall several instances I had to draw your attention to the need to understand and appreciate these differences in order to avoid drifting into the kind of unnecessary crisis we are facing today, but to no avail,” the letter read in part. 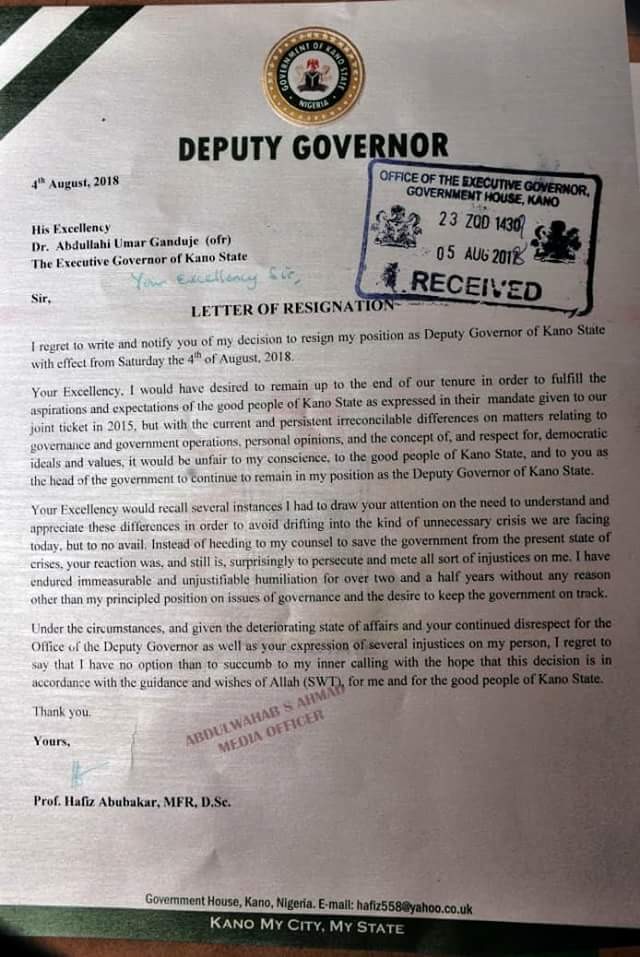