Standing in front of loved ones, groom Dave Mosher looks down and smiles as his new wife triumphantly throws her arms into the air.

But his grin hides a feeling of “torture” – for he knows these are some of the final moments of his beautiful bride, Heather Lindsay Mosher.

Just 18 hours after the emotional hospital ceremony, he held Heather’s hand as she took her final breath following a year-long cancer battle.

Aged only 31, she had fulfilled her dream of becoming a wife and a mother – to her husband’s daughters, Sophia, eight, and six-year-old Molly.

Now, seven months on, Dave, 35, has bravely spoken out about his and Heather’s wedding day and the devastating hours that followed.

“The wedding was torture for me,” he told Mirror Online.
“Here I am – I’m in the final hours. I was a wreck throughout the service. We had to stop several times because Heather couldn’t breathe.

“We then went back to her hospital room for the reception.

“No-one knows how to react. We cut the cake and we had a nice moment there. For me, it was like torture, knowing what’s just around the corner.”

The dad, whose ex-wife, Ashley Mosher, took breathtaking pictures of the wedding, added that he had met with doctors before tying the knot.

“I had met with them a few hours before the wedding and asked, ‘What are we looking at here?'” he said.

“They said, ‘She’s going to pass before the week’s over’.”
Dave married ‘soulmate’ Heather in the hospital’s chapel on Friday, December 22 last year, as his two little girls proudly looked on.

Despite wearing an oxygen mask to help her breathe, Heather smiled, laughed and shared tender embraces with loved ones throughout the day.

She donned a stunning white bridal gown, with flowers placed on her lap.

The next day, a heartbroken Dave clutched his bride’s hand as she passed away, only hours after they had exchanged vows in Connecticut, US.

“All she wanted was to be a mother and a wife,” said the groom, who wants to raise awareness of the rare type of breast cancer Heather suffered from.

“She was able to do both. I feel that cancer took Heather on her terms.”

He added: “We all stayed the night [before she passed away].

“I was holding her hand – as soon as she stopped breathing you could see her spirit leave because her skin changed. She was gone.” 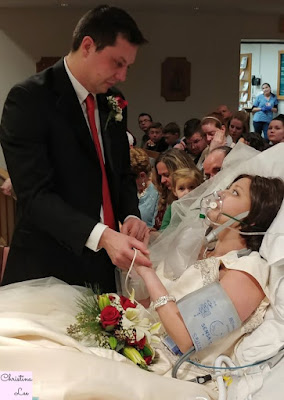 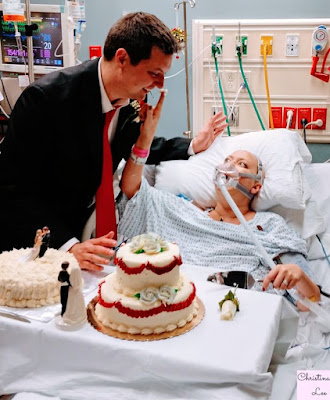 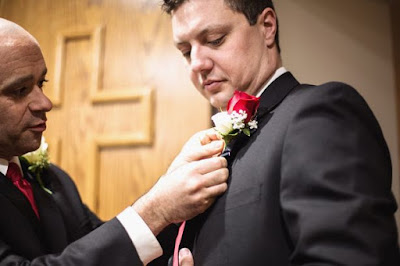 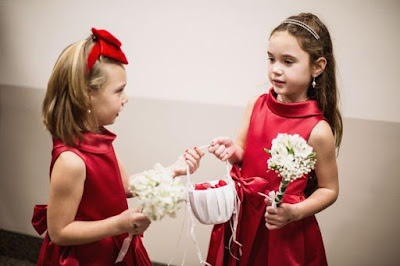 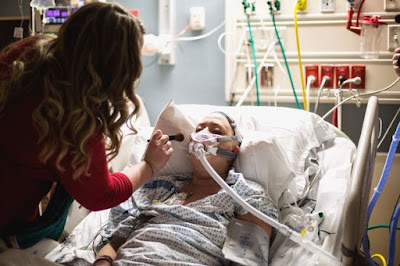 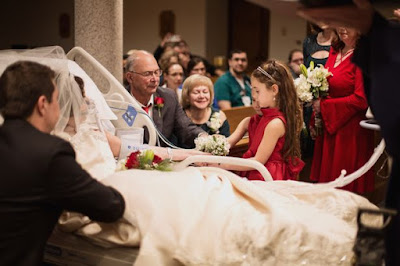 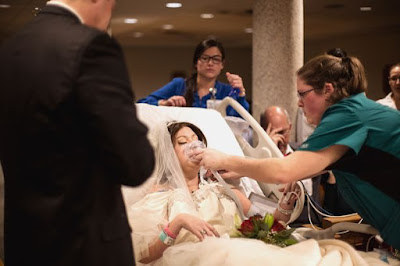 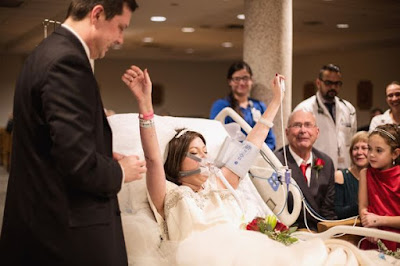 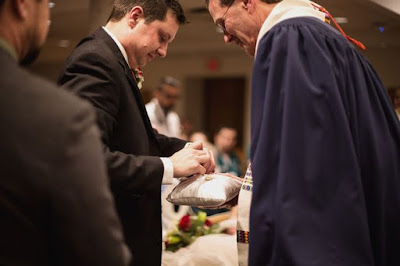 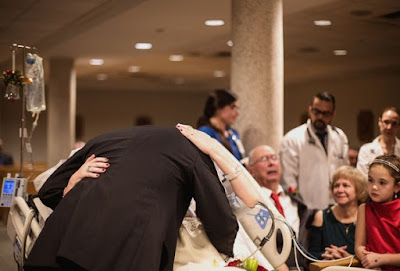 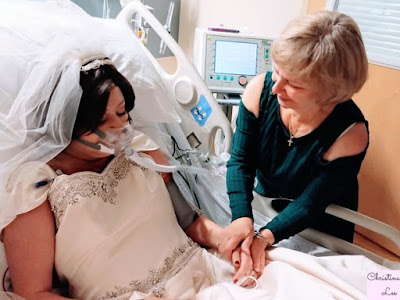