The cover “is meant to represent this particular moment in US foreign policy, following the pair’s recent meeting in Helsinki, Finland,” Time said.

Putin and Trump held a joint press conference after a one-on-one meeting on Monday, during which Trump disagreed with U.S. intelligence officials’ conclusion that Russia meddled in the 2016 presidential election.

Trump’s statements and his refusal to confront Putin about election interference led to a backlash from Americans. 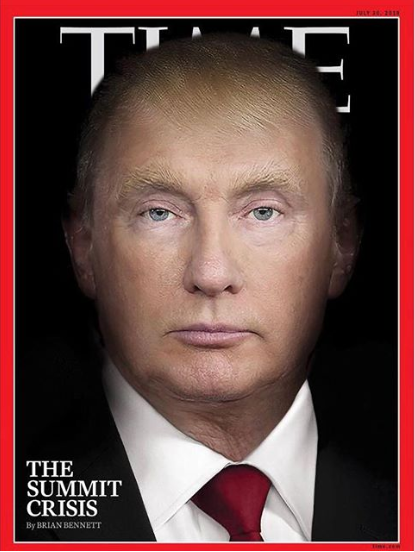 FIFA Suspends Sierra Leone FA Over Government Interference
Merry Christmas from the Obamas
Photo: Man Moves His Wife Around In Trolley Because She Is Special
Ex-wife reacts after Unemployed husband wins $273m lotto months after divorce