Blackface has disclosed on instagram that Tuface and his manager, Efe Omorogbe have sued him to the tune of N50m for claiming he wrote African Queen and Let Somebody Love You. Blackface announced this saying it’s time he also gets his legal team ready.

You will recall, Blackface started the drama, claiming the song was written by him and Tuface gave him nothing from the proceed. He then threatened to take Tuface to court. Announcing the latest drama, he wrote; 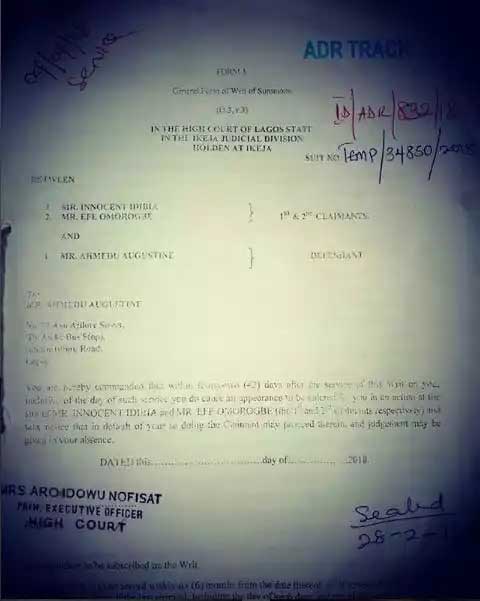 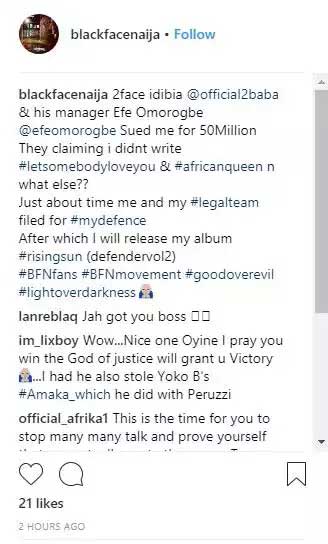