A cancer survivor from Kaliningrad in Russia whose body is 90 percent covered in tattoos has had his genitals removed because ‘they spoiled the view of his body art.’

32-year-old Adam Curlykale who has reportedly spent 12 years covering his body, including his eyeballs, with black ink after he was diagnosed with cancer felt that some parts of his body that wasn’t inked spoiled the look of his body art, so he paid to have his penis, testicles, and nipples all removed.

According to Mail Online, Mr. Curlykale travelled all the way to Jardines Hospital in Guadalajara, Mexico,where he had the operation to remove his nipples and private parts.

Local media reported that before the surgery was done, the heavily tattooed man with albinism was left with a weakened immune system and was depressed because his skin looked sickly and pale after winning his battle against cancer.

Speaking after the operation, he said: ‘I always knew that I was different from the rest of society,’ he said.

‘My favourite colour, for example, has always been grey, in different tones, and that’s why my current skin colour is graphite.’

He said he is still planning what tattoos to get on the small section of his skin that remains ink-free.

‘I design my tattoos because it’s my body. I have a specific vision for myself and I do it step by step,’ he said.

‘Life is so short that I stopped wondering what will happen tomorrow. Life is here and now.’ 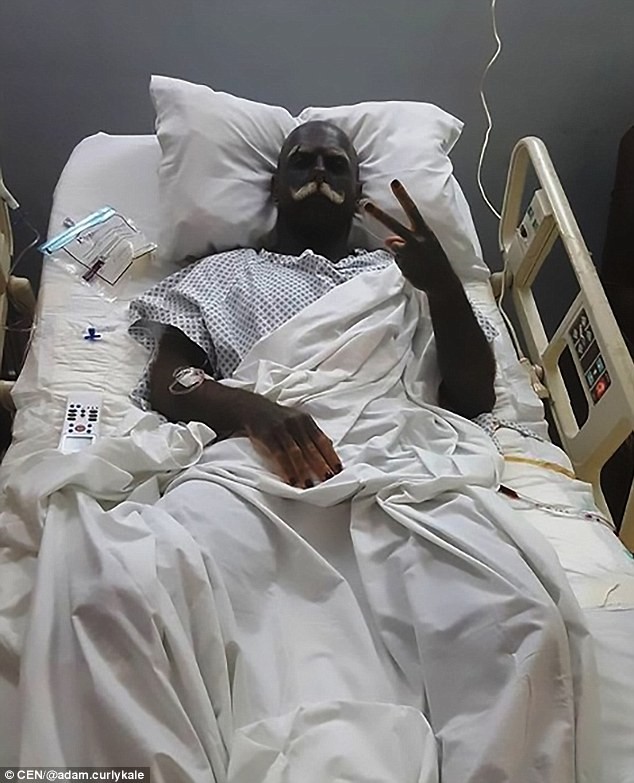 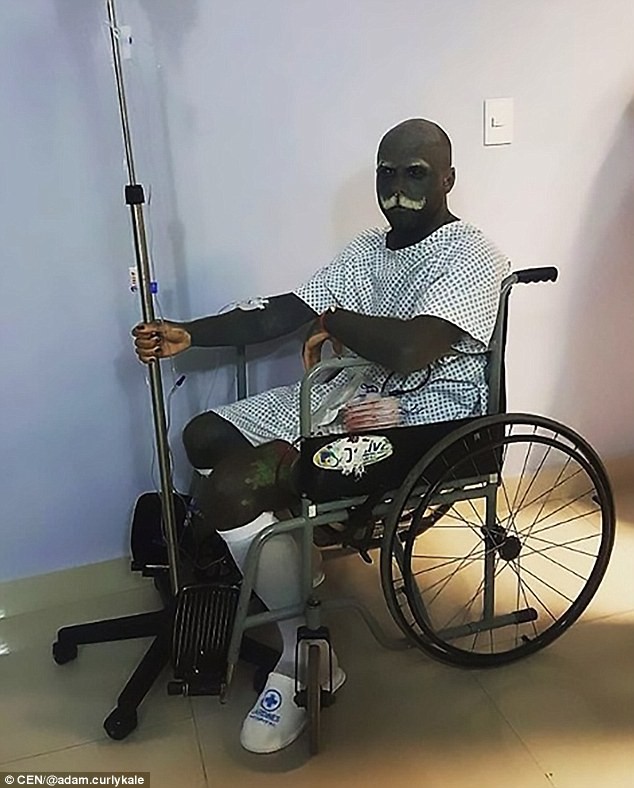 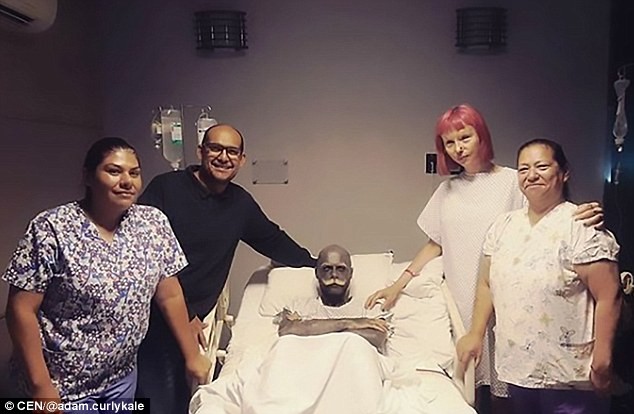 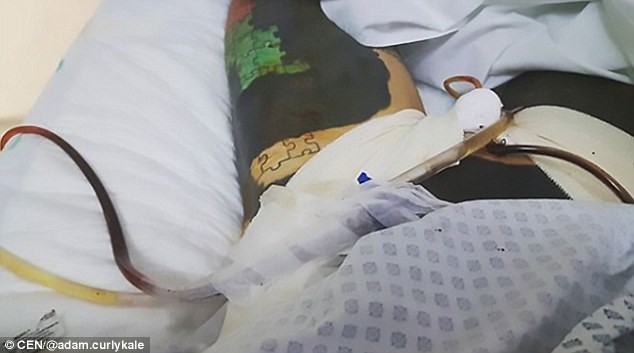