Former US president Barack Obama visited his ancestral home in Kenya today to launch a state-of-the-art youth centre run by his half-sister.

This is Obama’s first trip to Kenya since 2015. At the time he visited Kenya as a sitting president in 2015, he was unable to visit his ancestral home as his jet was too big to land in the western city of Kisumu, he recalled. During his recent visit, Obama recounted fond memories of his family home. 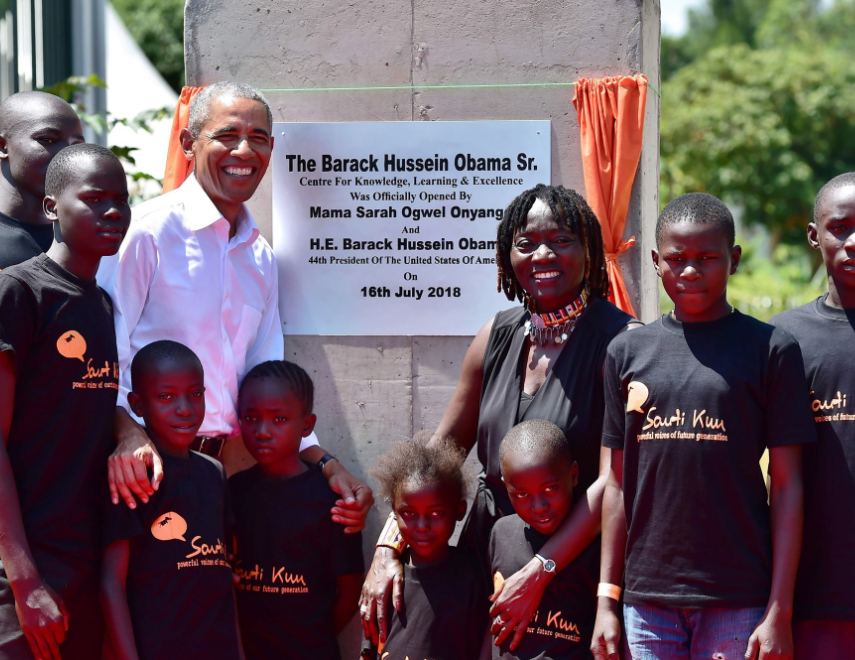 Barak Obama with his step-grandmother Sarah and half-sister, Auma arrive to unveil a plaque on July 16, 2018

After a visit to the home of his step-grandmother Sarah Obama in the village of Kogelo, where his father was born and is buried, Obama recalled his first trip to Kenya at the age of 27.

From Nairobi he took first a “very slow train” and then a bus with “some chickens in my lap and some sweet potatoes digging into my side”. Then he had to pile into a matatu — a minibus taxi — “even more crowded than the bus”, before a long walk to “Mama” Sarah’s house.

He remembered having to catch a chicken for dinner, which he was “a little squeamish” to kill himself, visiting his father’s grave and bathing outdoors.

“And I looked up at the stars and… it gave me a sense of satisfaction that no five-star hotel could ever provide,” he said. 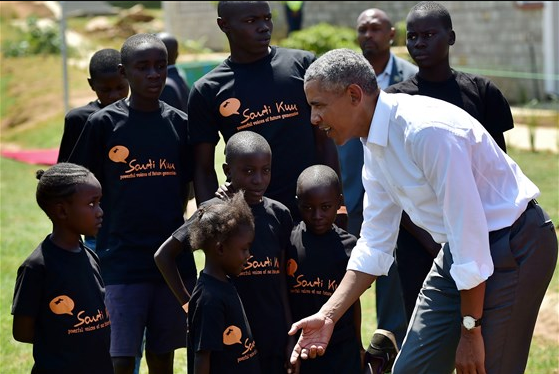 Obama was speaking at the launch of the Sauti Kuu (Swahili for “Strong Voices”) centre set up by his half-sister Auma Obama. He said that looking back on those memories, he “couldn’t be prouder of what my sister has built”.

Auma said the state-of-the-art centre would give local youth access to books, internet and sporting activities.

People with this face shape are more likely to cheat
Categories: News