A photo of veteran rapper, DMX who is serving one-year in prison for tax fraud has surfaced online.

The 47-year-old whose real is Earl Simmons was sentenced to one year in jail after pleading guilty to $1.7 million in tax fraud in March 2018.

In the photo, DMX appeared to have added some weight as he is seen posing with another inmate. 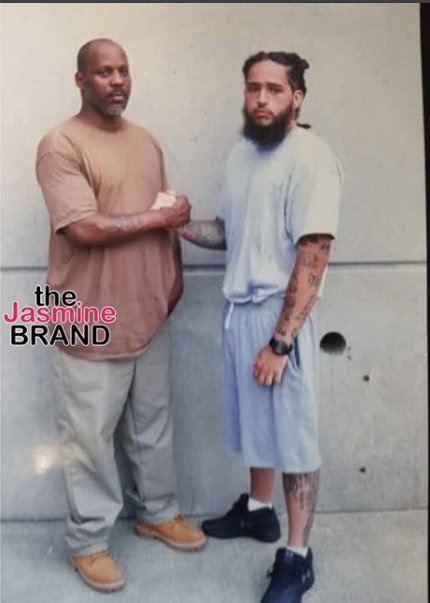 Monkey Makes Away With N70 Million From Senate Caucus
'Being gay in Nigeria is worthy of crucifixion but not being a rapist' - Bisi Alimi
Weird? Guy With Cornrows Who Eats Corn While Listening to Korn!
Photos: Monkeys hop over her lap having sex