A brazen sunbather ruined a couple’s wedding photographs by refusing to move from the sunny spot – despite being surrounded by furious guests.

The bikini-clad woman had positioned herself on a towel just yards from where the newlyweds had their photographs taken.

As the cameraman papped away the undeterred sunseeker remained stationary – reading a book as angry family members looked on.

Wedding guest Natalie Ling, 28, recorded the moment on camera. She had travelled down from south London to attend the wedding of her father’s cousin Mark Ling and Mandy Cripwell on Saturday.

The loved up couple were married at Furrough Cross Church in Torquay, which is next to Tessier Gardens – a popular area with newly weds. Ms Ling told Devon Live: ‘We all spotted her there and thought she would move, but she just didn’t. I thought ‘how rude!’.

‘She was surrounded by wedding guests, the couple were behind her and the photographer kept calling different people over for pictures – so she knew what was going on.

‘She was asked several times to move but just ignored us. Because it was Mark and Mandy’s big day, we didn’t want the stress of any confrontation.’

She added: ‘Eventually she got up and left after about 10 minutes of us being there taking photos – but she still left all her stuff there. 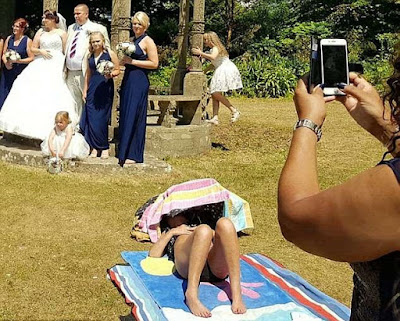 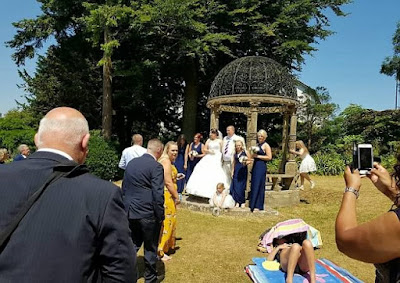 “Oceans will have more plastics than fish in 2050”-UN
Categories: News