Rescuers found all 12 boys and their soccer coach alive deep inside a partially flooded cave in northern Thailand late Monday, more than a week after they disappeared and touched off a desperate search that drew international help and captivated the nation. 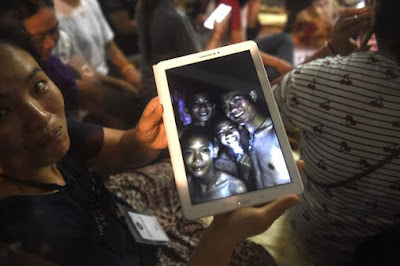 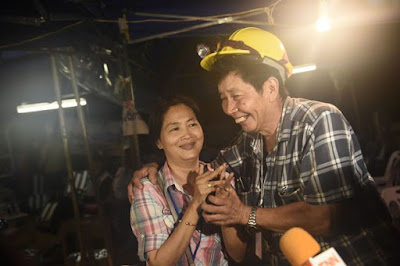 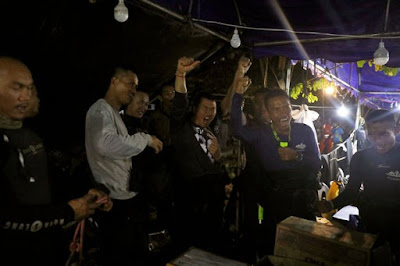 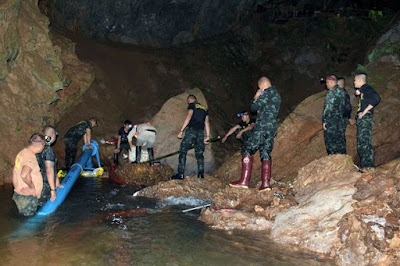 Chiang Rai provincial Gov. Narongsak Osatanakorn said the 13 were in the process of being rescued, but he cautioned that they were not out of danger yet.

“We found them safe. But the operation isn’t over,” he said in comments broadcast nationwide, referring to the complicated process of extricating them.

Rescue divers had spent much of Monday making preparations for a final push to locate the lost soccer players, aged 11 to 16, and their 25-year-old coach. They disappeared when flooding trapped them after entering the Tham Luang Nang Non cave on June 23.

Narongsak said the divers located the missing about 300-400 meters (yards) past a section of the cave that was on higher ground and was thought to be where the team members and their coach may have taken shelter.

“When the medics have evaluated the kids to see if their health is in good condition, we will care for them until they have enough strength to move by themselves, and then we will evaluate the situation on bringing them out again later,” Narongsak said.

Anmar Mirza, a leading American cave rescue expert, said many challenges remain for the rescuers. He said the primary decision is whether to try to evacuate the boys and their coach or to supply them in place.

Prime Minister Prayuth Chan-ocha thanked the international experts and rescuers who helped locate the missing for their “tremendous efforts.”