Kim Jong-un  has arrived in Singapore on Sunday ahead of his historic summit with President Donald Trump.

When Trump and Kim meet at the five-star Capella Hotel on the resort island of Sentosa on Tuesday, they will be making history even before they start.

Enemies since the Korean War, the leaders of North Korea and the United States have never met previously – or even spoken on the phone.

Kim arrived at Singapore’s Changi Airport on an Air China jet on Sunday afternoon, local time, after his longest trip overseas as head of state amid huge security precautions on the city-state island. Two decoy flights were also dispatched.

He was driven into the city-state in a convoy of more than 20 vehicles, including an ambulance, with North Korean television cameramen filming his progress through the sunroofs.

A large limousine with a North Korean flag was seen surrounded by other black vehicles with tinted windows as it sped through the city’s streets to the St. Regis Hotel, where China’s President Xi Jinping once stayed. 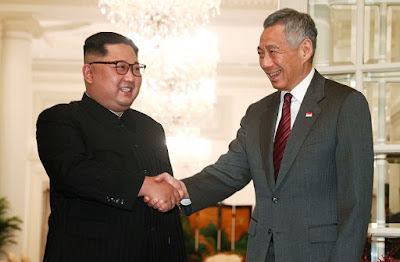 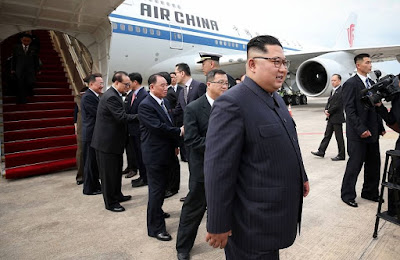 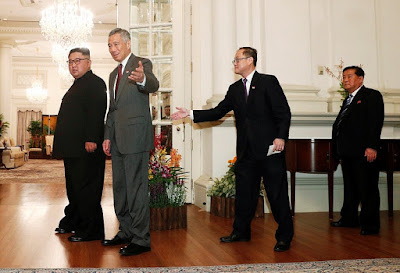 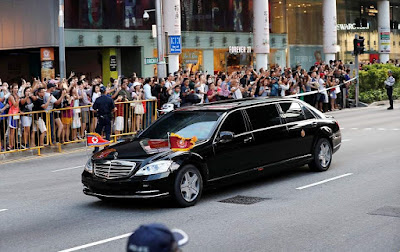 FIFA Orders Broadcasters To Stop Zooming In On Hot Women In The Crowd During Games
Categories: News

Pathologist denies stealing and destroying heart of corpse to conceal evidence
Full List Of The Top 100 Most Valuable Footballers In The World.
Updates, Results and Situation Report of 2019 Presidential Election
American actor Luke Perry dies at 52