close menu
A woman who won 180 million Jamaican dollars wore a winking emoji mask when she claimed her prize.

The woman identified as N.Gray wore the emoji mask in response to violent crime in Jamaica. She won the $180,900,000 prize from the Supreme Ventures Super Lotto draw and plans to fix her debt with the money.

“I am elated because I was drowning in debt.”

“I started buying Super Lotto in January… Now I’ve won, I want to clear my debt, invest, and I want to do some travelling.

“In other markets, they don’t necessarily do it, but here I think they opt to do it to keep themselves safe. We are not going to tell them not to do that because their safety is of paramount importance to us as well. People have been coming with their own disguises.”

Photo of R Kelly allegedly having sex with a minor

She added that the disguises have become more creative over the years.

In addition, N.Gray wants to give back to the community by building youth centers that focus on technology.

“I would like to construct a community centre for the youths in my community, so they can engage in something productive – somewhere where they can do information technology.” 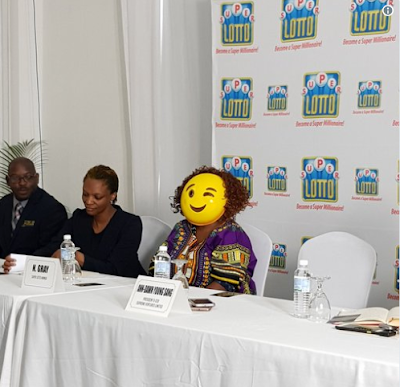 20 family members in fatal crash on way to Christmas Day mass
Bosnian war chief dies after drinking poison in court (Photos/Video)
Details about the soon to be France’ youngest president, Emmanuel Macron
Video: These woman are paid to cry at the funerals of strangers