Pearl Fernandez, a 34-year old mother has been sentenced to life imprisonment. Pearl was sentenced alongside her boyfriend, Isauro Aguirre, 37, who on his part was sentenced to death for the murder of her 8-year-old son.

The pair were said to have tortured and abused the young child until he died all because they assumed he was gay. 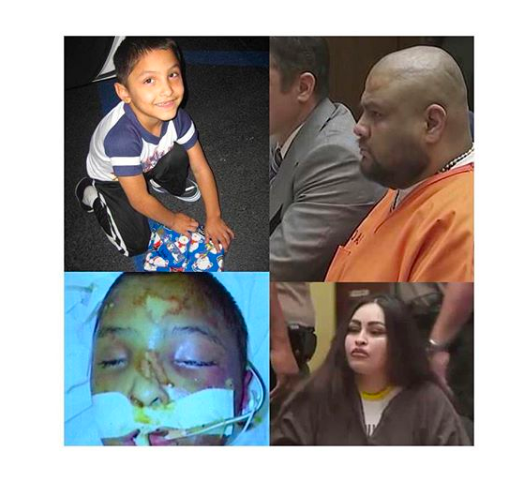 Pearl and her boyfriend were said to have for months tortured Gabriel at their home in Los Angeles by locking him up in cabinets, beating him with bats and shooting him with BB guns.

The boy was taken to hospital on May 23, 2013, after he stopped breathing. He had pellets lodged in his lung and groin and had a fractured skull.

Angolan President, José Eduardo dos Santos to step down after 38 years in power
Okorocha warns Igbos against 2023
Blind Mystic Baba Vanga Who Predicted 9/11 Leaves Huge Predictions for 2018
These Are The 10 Things Husbands and Wives Should Do to Avoid a Divorce