Tunisia‘s national goalkeeper, Mouez Hassen has been accused of faking injuries during the World Cup warm-up matches so his teammates could break their Ramadan fast.

According to the Sun UK, Hassen faked injuries against Portugal and Turkey coinciding with sunset, which is when Ramadan fasting ends.

In the 49th minute of Tunisia’s World Cup warm-up game against Turkey, Hassen stayed down following a fairly innocuous collision from a corner.

As the referee signaled for a break in play for “treatment”, Hassen’s team-mates made their way to the touchline to eat dates and drink water before taking to the field back. 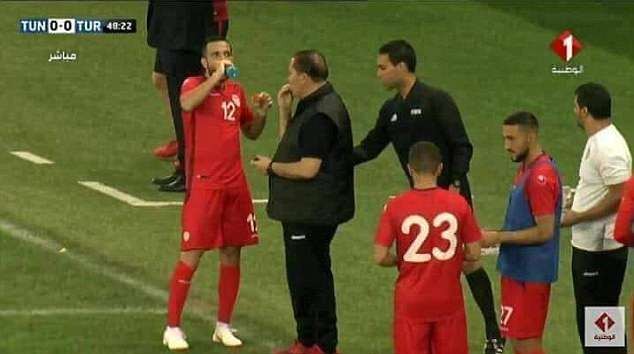 During their first match against Portugal,  Hassen went down in the 58th-minute with an ‘injury’ prompting his teammates to rush to the sidelines to eat dates and drink water before taking to the field again. 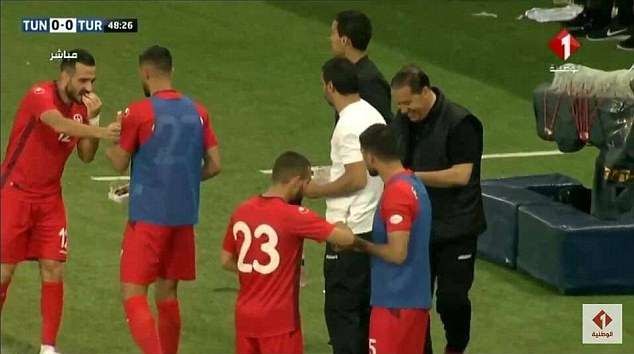 Tunisian sports reporters were the first to point out that Hassen’s injuries both coincided with sunset, which is when Iftar – or the breaking of the fast begins.

Freelance reporter Souhail Khmira tweeted that there is ‘an agreement’ between the players and their goalkeeper to break their fast in this way. 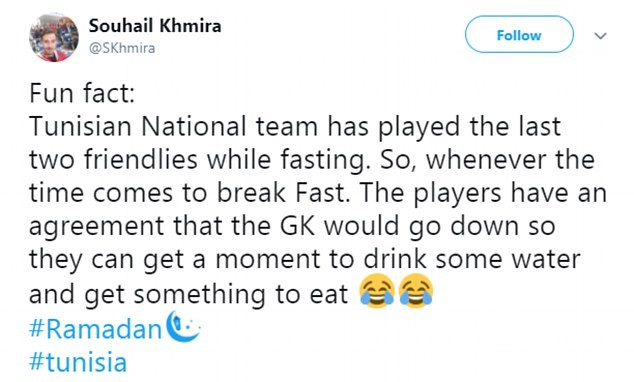 Hassen who has since been teased on Twitter by fellow footballer Chaker Alhadhur, told him: ‘It’s all right now, we know you were pretending.’

In response, Hassen tweeted ‘I was injured bruv’ alongside laughing emojis

Meanwhile, Hassen was not punished during either game by the on-field officials, and the Tunisian football federation has yet to comment on the timing of the two injury breaks.

3,027 pregnant women live with HIV in Nigeria – NPHCDA
ASUP finally calls off strike after two months
Cristiano Ronaldo Removed From FIFA 19 Promos In The Wake Of R-pe Allegations
" You Are Allowed To Vote With Any Finger" – INEC