Nigeria’s new World Cup kits were yesterday sold out in minutes as fans filled Oxford Street to get their hands on the jersey. Hundreds of supporters queued outside London’s Nike Town store upon its release this morning.

The home shirt has been labelled as one of the best kits of all time, and such was the hype surrounding the top, Nike had to push back the release date this week.

Even before it officially went on sale, Nike has already received up to three million pre-orders for the N41,000 shirt, with fans loving the retro design.

It should come as no surprise that both the home and away strips are already sold out on the Nike website, as they say there are no current plans for a restock, but not too worry, one of us (a Nigerian) already replied that fallacy (the not restocking blunder) lol. 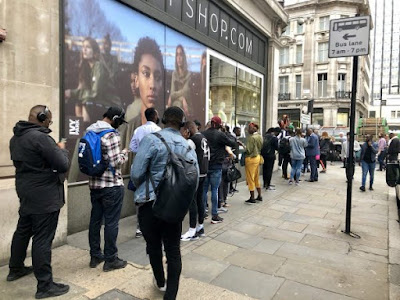 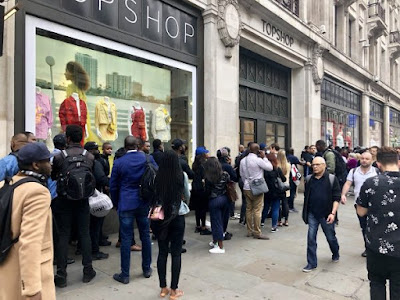 Fear or Scare? "As I walk out of government house, let nobody fight me"- Rochas Okorocha
Categories: News