Men of the Ogun State Police Command have arrested two men for killing their neighbour and stealing his Bajaj motorcycle.

The two suspects Patrick Udom (35) from Akwa-Ibom State and James Roland (25) from Delta State were arrested following a complaint by the elder brother of the victim, Moses Utuede, who reported at the Obanlende Divisional headquarters that his younger brother, Happy Patrick left home around 7am on Tuesday and yet to return home with his motorcycle.

The Ogun State Police Public Relations Officer disclosed that on the strength of the report, the DPO SP Jaiye Richard detailed detectives to investigate the sudden disappearance of the victim.

The detectives discovered that the victim was last seen with Patrick Udom and he was promptly arrested. After interrogation, Patrick Udom confessed to have killed the victim ably assisted by Roland James.

The suspect confessed further that the victim who lived in the same community with them at Imodi-Imosan was killed because they wanted to steal his motorcycle which they actually did after killing him.

The body of the deceased which was concealed in a sack and thrown in a nearby bush has been recovered.

Also recovered from the suspects were two cutlasses, one hammer and a digger. 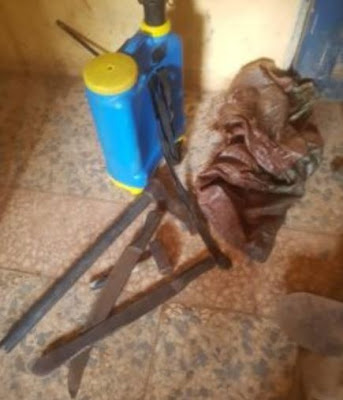 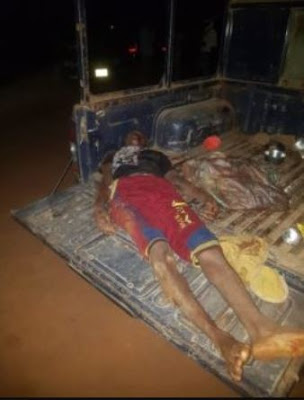