The 30-year-old was holed up in his apartment viewing hardcore movies on his smartphone last night in Bangkok, Thailand,The Sun reports.

But the footage ”sent him into a frenzy” and he began slicing the skin from his penis in an outrageous act of sadomasochism. 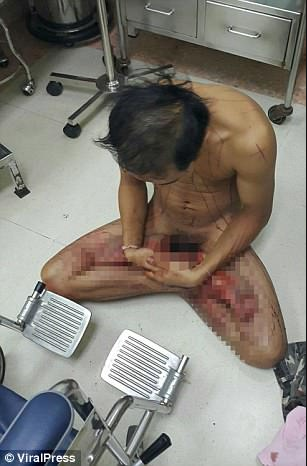 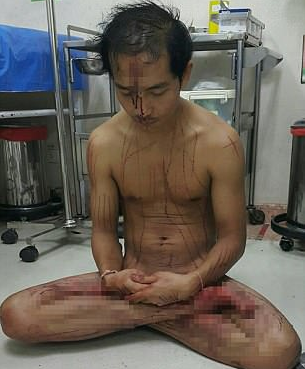 The bizarre sex act back-fired when his penis started pouring uncontrollably with blood and he was unable to stem the flow.

He made an emergency call and police and paramedics arrived at 10:45pm to find him naked and holding his genitals in the fourth floor apartment in Khet Nong Chok district of the Thai capital.

"Movie Producers Can No Longer Afford Me" - Omotola

The paramedic from the Ruamkatanyu Foundation who took the pictures said:

”He blamed the videos for making him get too excited. He would not say anything more or tell us more details.

”We provided medical assistance and transferred him to hospital.”