A 68-year-old Saudi Prince married a 25-year-old woman after paying a bride price of 50 million Dollars, according to online reports.

Sultan Bin Salman married his young bride in an extravagant ceremony and the video has been shared online.

The wedding convoy had between 20-30 white Range Rovers and no fewer than 30 large boxes were offloaded from a white luxurious bus to be presented to the bride’s family. Diamonds were also gifted the bride. A chariot filled with gifts for the bride and her family was also seen at the venue of the wedding. 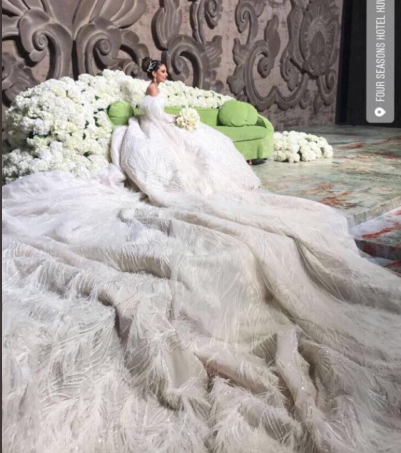 The bride is believed to be Emirati – from the United Arab Emirates. 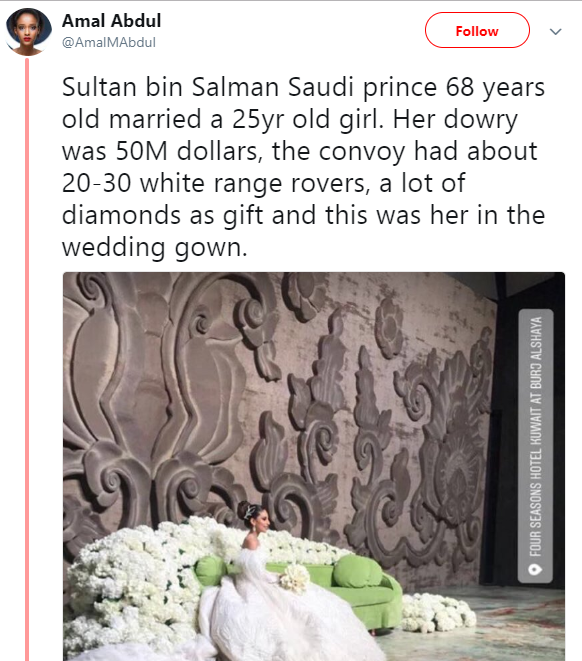 Social media users have taken to various social platforms to react to the wedding. Some say the woman has been bought. Others say as long as she’s of age, it doesn’t matter. 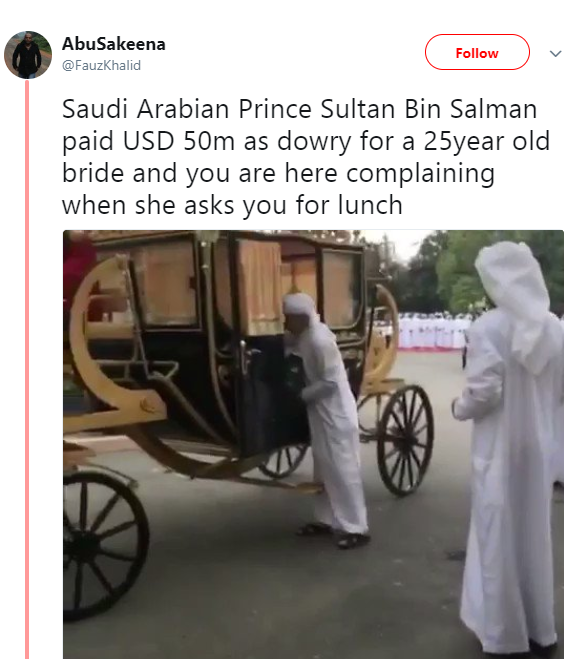 Girl Colludes With Boyfriend, ‘Kidnaps’ Self To Extort N500k From Grandmother
Passengers robbed mid-air on SAA flight
Graphic: Man rescued after one month from animal den
Russia 2018: Russians are being taught how to smile in welcoming tourists