A father staged his daughter’s kidnapping as a “social experiment” to appeal for better security around playgrounds.

The little girl was with her mother, who knew nothing about the stunt, when a man acting in the stunt approached the girl and carried her away from a park in Surgut, central Russia.

The girl’s mother wasn’t looking at her child when the stranger swooped in on the girl and grabbed her away even as she struggled. When the mother looks back to where her daughter was, she was stunned to find her child was gone. 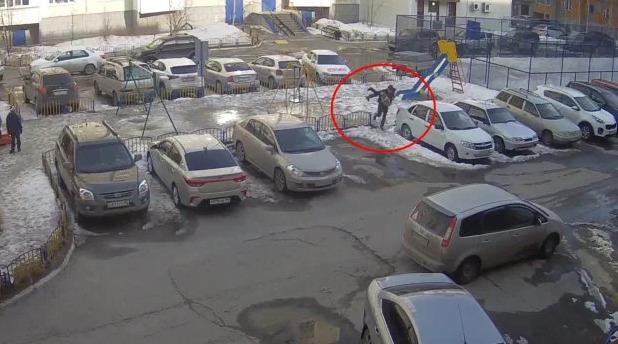 In CCTV footage shared online, the mother is seen frantically searching for the missing child.

The girl’s father who staged the whole thing said: “She is my daughter and she knew all about it. She agreed to take part in our social experiment video.”

The aim of the bizarre test was to highlight to the authorities of the lack of security around playgrounds. Authorities have since announced they will improve security in the near future, reports say.

The mother, who is herself an actress, apparently took the news of the stunt well. But some residents in Surgut condemned the idea.