Thai Tourist Police launched a manhunt for conspirators in a “romance scam” gang after they arrested a 32-year-old Nigerian who allegedly lured a Thai woman in Lampang province into wiring him nearly Bt100,000.

Tourist Police Bureau deputy commissioner Pol Maj-General Surachet Hakparn said in a press conference yesterday that the suspect, Emery Henry Ogba, was a member of a gang believed to have a monthly income of Bt1 million from illicit operations. 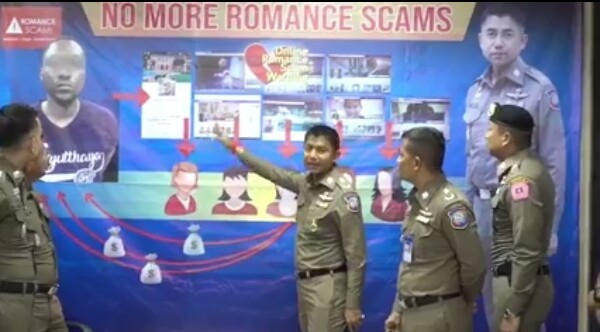 Ogba was nabbed at a department store in Nonthaburi province on April 21, following an arrest warrant issued by a Lampang Court on March 29 on charges of fraud and overstaying his visa.

Police seized Bt42,700 in cash, some ATM cards and bank books, and four mobile phones.
Surachet said that one of the conspirators was a Thai woman.

“On February 21, a 41-year-old woman filed complaints with police in Lampang’s Koh Ka area that a man who identified himself as Mark Westwood, an American millionaire, befriended with her via Facebook conversations,” he said.

The suspect used the Facebook photo of another man. After about two months, he said he wanted to send her ? a large sum of money and some other items, but he asked her to send him some money to pay tax. A Thai woman then called the woman and convinced her that she was a government official and that she should do what “Westwood” requested.

The victim wired him money twice, totalling about Bt97,000. The next time the so-called government office rang her trying to convince her to wire more money, the sound of a baby crying was heard during the telephone conversation.

“That made the woman realise that she was being cheated, as a government office should not have a crying baby. Therefore, she alerted police,” Surachet said. 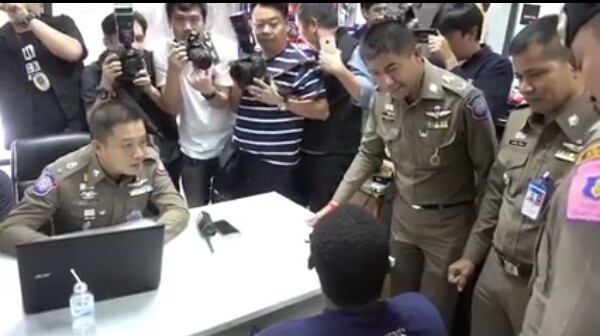 Deeper investigations showed that the Nigerian was a member of a “romance scam” operating on Facebook. He variously identified himself as Thomas Anderson, Mike Dave, Bob Frank, Ivan Stogan, Luca Perozi or Chris Benson.

Claiming to be a millionaire, he befriended Thai women online and then cheated them out of their money.

Surachet said that victims of the Nigerian suspect included the woman in Lampang and three others in Nonthaburi.

They said the suspect sneaked into Thailand via Malaysia and had lived here illegally for more than eight years. He had in his possession three fake passports – two from Northern Ireland and one American.

Surachet said that the Thai woman who worked alongside the suspect opened bank accounts and helped generate about Bt1 million in monthly income for the gang.