Veteran actress Ireti Doyle has written about the time she almost lost her first major TV commercial due to the colour of her skin.

Posting the photo above, the talented actress wrote;

I shot my 1st tv commercial over two decades ago. It was a major deal for an upcoming actor; for the visibility and the pay check.
I nearly lost that gig for being the wrong skin colour. I didn’t match the client rep’s “ideal”.
Thankfully, the director, Mr. Wale Fanu wasn’t a push over. He told the chap to let him do his thing or take him off the project.
Fast forward 20yrs, “Melanin Poppin” has become a # and the dark skinned girl is having her day in the sun.
It might take a little while longer, but eventually it will be clear that “loud and obnoxious” is not quite the same as “bold and audacious”…And that being polite, soft spoken and demure, is not “fake”; neither is it a “weakness”. ?@kelechiamadiobi (AMVCA 2016) 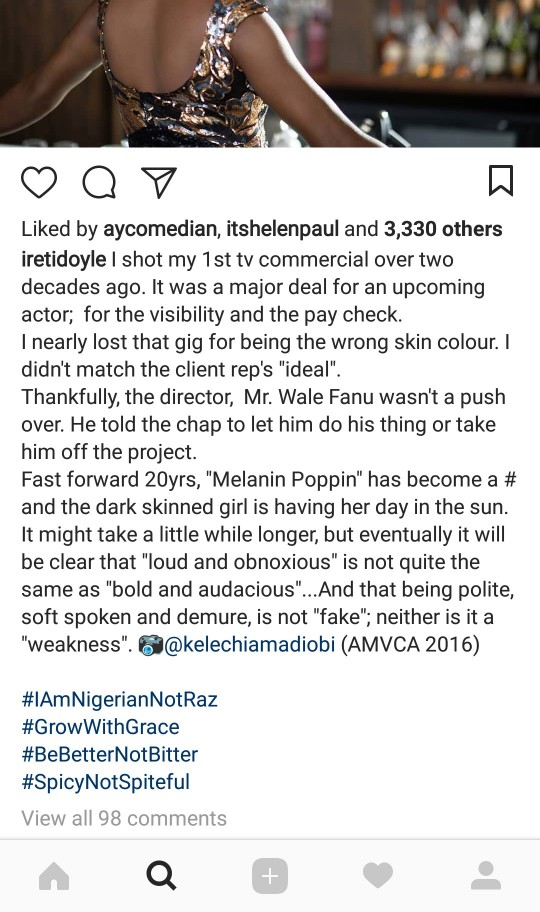