Eurovision winner Conchita Wurst has revealed that she has HIV and has been receiving treatment for it for several years.

The singer had intended to keep her diagnosis a private matter but decided to go public after an ex-boyfriend had threatened to go public. 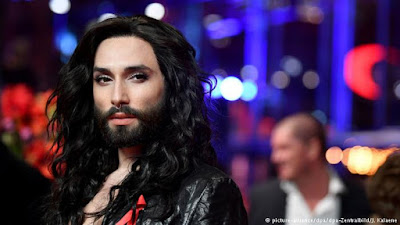 ‘I will not give anyone the right to frighten me and influence my life,’ the 29-year-old wrote on her latest Instagram post, sharing the news to her 296,000 followers.Coming out is better than being outed by a third party.’

The 2014 Eurovision winner went on to say that the virus was no longer detectable in her blood and was not at risk of being passed on to anyone else.

‘I hope to give others courage and to take another step against the stigmatization of people who, through their own behaviour or that of others, have become infected with HIV,’ she said.