A young man in Akwa Ibom has been nabbed for killing his mother. The said man reportedly beat his mother to death in Nsit Ubium community of Akwa Ibom State. 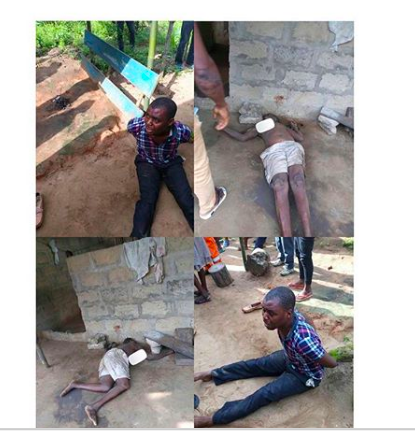 upon his arrest, the suspect confessed saying a Prophet revealed to him that his mother was a witch.

He continued saying his mum was behind all the difficulty he has experienced in life.