This is the heart-stopping moment a baby girl was launched from a roof by her dad during a police stand-off – then saved by hero cops who caught her.

In a desperate bid to stop his home from being demolished, the 38-year-old dad clambered onto the roof of the shack in Joe Slovo West area in Kwadwesi, South Africa.

He dangled the baby by her leg, waving her around to the crowd of cops below. Within minutes of police attempting to bring him down, the dad dramatically threw his one-year-old daughter.

Incredibly, the tot was caught by a member of Metro Police and has been returned to her mother, overseen by social services.

The South African Police Service (SAPS) says the man will be charged for attempted murder of his daughter and the case will be investigated by the Motherwell Cluster Family Violence, Child Protection and Sexual Offences unit.

The incident on Thursday occurred during a demolition conduced by the Nelson Mandela Municipality, according to an eNCA report.

Members of both the South African Police Service (SAPS) and PE Metro Police were deployed in order to ensure the safety of the demolition team. 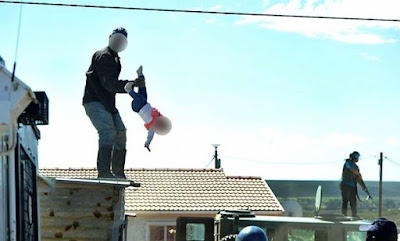 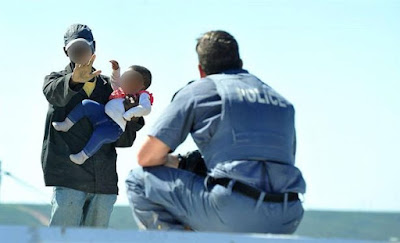 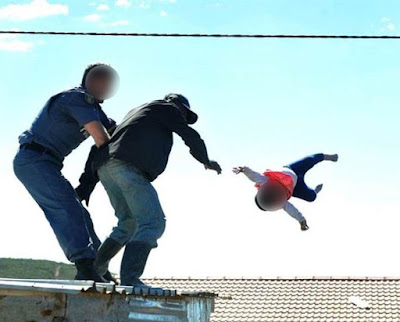 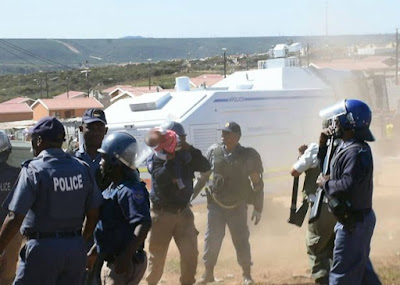 Christian Parents, Ifa Priest Protest Against UI School’s Hijab Crisis
Woman who’s had sex with 20 ghosts gets engaged to one
FG shocked as Boko Haram kills aid worker,Hauwa Leman
Ghanaian model runs away after arriving in Paris for an event