Conor McGregor has been charged with three counts of assault and one count of criminal mischief.
The Irishman turned himself in to police following a backstage disturbance at the UFC 223 media day in New York.

Police had wanted to question McGregor after footage emerged online appearing to show him throw a “hand truck” at a bus taking rival fighters away from the Barclays Center in Brooklyn.

A spokesperson for NYPD confirmed the Irish fighter had turned himself in at the 78th Precinct police station. It has been confirmed he has now been charged and is due to appear in court later on today.

The footage showed McGregor cracking the windshield of the vehicle, believed to be taking Khabib Nurmagomedov away from the Barclays Center. Too bad for him! 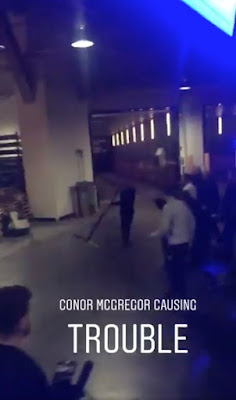 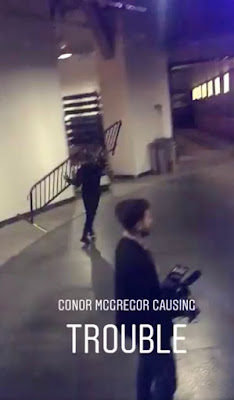