Chyna was at Six Flags Magic Mountain just outside L.A. Sunday, and you can tell from the photos, she’s pissed. It’s unclear exactly what led to Chyna’s outburst, but it’s clear to tell she’s trying to go after someone.

Chyna breaks away from her security guard for a brief moment and grabs onto Dream’s stroller, whipping it around and attempting to attack her provoker with it.

Dream was not in the stroller during the outburst, but it’s unclear where she was from the photos circulating so far.

Man Publicly Executed For Raping And Murdering A 4-Year Old 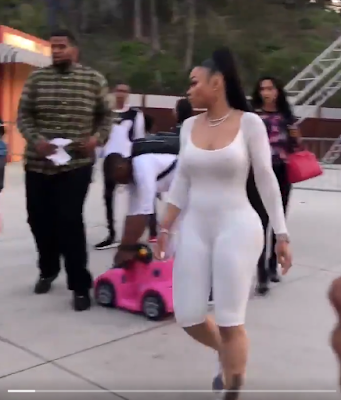