Enraged villagers in the state of Arunachal Pradesh in India severely punished two men they accused of raping a 17-year-old girl.

The angry mob paraded the duo naked through the streets of Yingkiong in far northeastern with their hands tied behind their backs as women slapped them.

The ‘rapists’ were reportedly handed over to local police after they were humiliated in public. 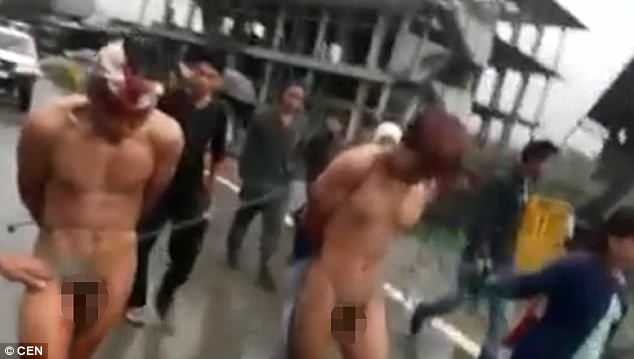 Confirming the alleged rape incident, Police Deputy Inspector General John Neihlaia told Daily Mail: ‘It seems the public did such a thing before handing the two to the police.’

According to him, the teenage victim agreed to go out with one of the men after befriending him on social media, but claimed he and three of his friends raped her.

He said the men allegedly dropped her home about 2am and the brave girl went to the police the next morning. 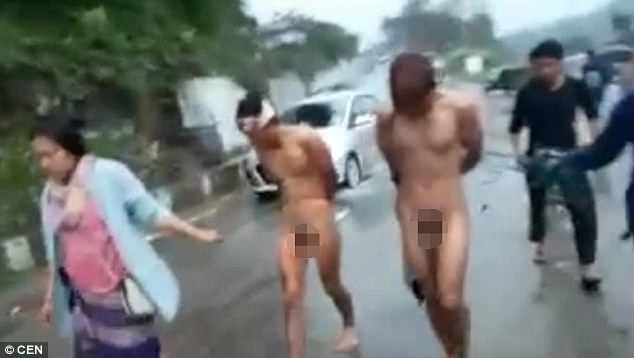 ‘Meanwhile, the victim’s relatives and neighbours caught two of the accused and handed them over to the police,’ Inspector General Neihlaia said.

The authorities say Police are still hunting for the other two suspects who they believed are in their 20s.