Canadian singer, The Weeknd, 28 is still heartbroken following his failed relationship with his ex-Selena Gomez, 25, and has revealed that he nearly donated one of his kidneys to her before their break-up.

He made the claim in his newly released 6-song EP, “My Dear Melancholy” where he clearly spoke about his pop star ex in his new song “Call Out My Name”.

The Weeknd sings “falling for you was my mistake,” and goes on to say: “I said I didn’t feel nothing, baby, but I lied I almost cut a piece of myself for your life Guess I was just another pit stop ‘Til you made up your mind You just wasted my time.’

Last year, Gomez underwent a kidney transplant due to complications from lupus. Her friend, Francia Raisa, eventually donated the organ to save her life.

A month after Selena and The Weeknd broke up in October, after 10 months of dating she linked up with her first love Justin Bieber.

In The Weeknd’s closing track, “Privilege,” he apparently wished Selena the best in life.

See fans reaction after The Weeknd’s shocking revelation below. 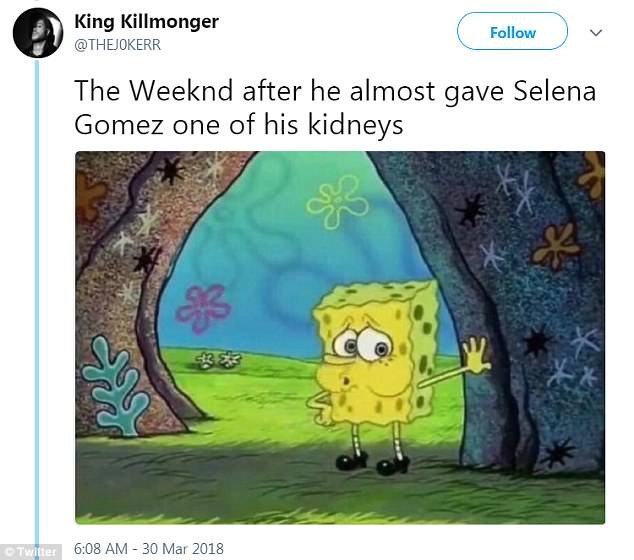 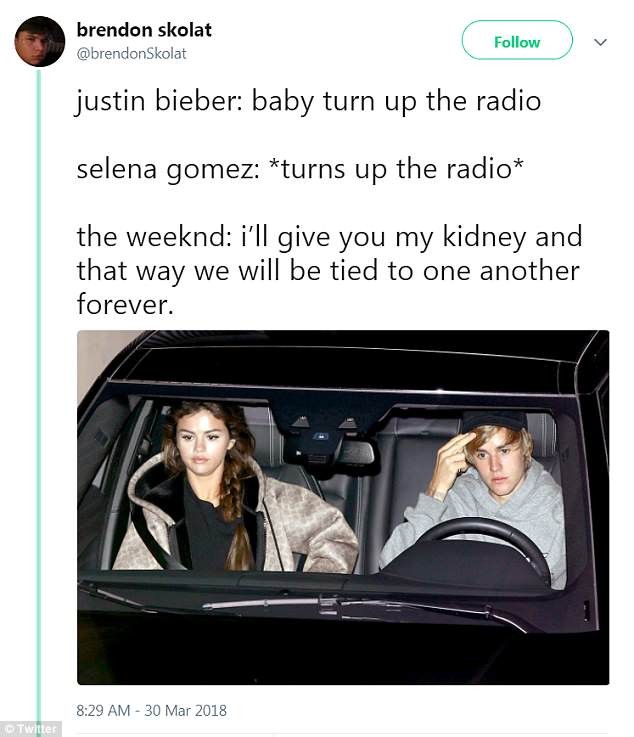