A furious mum allegedly threw her four-year-old son off a 10th-floor balcony before jumping to her own death after losing a custody battle for him.

Little Misha died at the scene after he was reportedly hurled from the balcony by his 25-year-old mum, Anastasia, who was also ‘bitter’ over her divorce .

The youngster’s dad, Andrey Yekimov, saw his small body lying on the ground outside as he stepped out of a lift just moments after the ‘ murder -suicide’. He was reportedly so shocked he couldn’t move.

Anastasia, whose surname is unknown, had gone to visit ex-husband Andrey at the flat he shared with their child in St Petersburg, north-western Russia.

Recalling the horrific day, Andrey, 33, said he had been about to take Misha for a haircut and that his former spouse had asked to come with them.

Anastasia took Misha to summon the lift while he locked the door, he said.

But out of his sight, the mum took the little boy to a communal balcony and hurled him off, before immediately jumping after him, according to reports.

Andrey said he was surprised not to find his ex-wife and son at the lifts, but that he assumed they must be waiting for him on the ground floor.

He described how he only realised what had happened when he took the lift down and saw their dead bodies lying on the ground outside.

As he remained frozen, in shock, passersby called the emergency services.

Police and an ambulance arrived at the scene, where paramedics sadly confirmed both Anastasia and Misha had passed away.

Andrey had tied the knot with Anastasia four years ago. But he reportedly divorced her two years later and the courts decided to leave their son with him.

During her marriage, it is claimed that Anastasia paid little attention to her child – instead, allegedly drinking heavily and taking drugs.

In her divorce, she was officially stripped of her parental rights. Afterwards, Andrey started new a chapter in his life, caring for Misha.

Anastasia is thought to have carried out the alleged murder-suicide while in a ‘bitter rage’ at having lost her son, Russian media reports

She was also allegedly furious over having lost her husband.

Strangers have offered their support to Andrey following the tragedy. 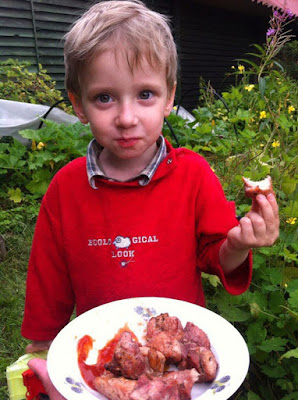 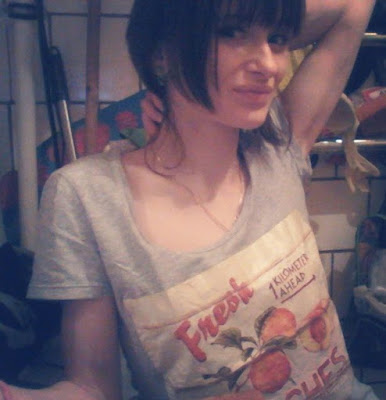