A mother of two unemployed graduates, whose name was given as Uzoaku, on Saturday hanged herself in Mgbakwu, in the Awka North Local Government Area of Anambra State.

It was gathered that the 66-year-old woman had complained to some people that she was angry that her two children, who graduated some years back, had not got any job.

“I saw her about four days ago. She expressed bitterness over the unemployment situation of her two children who graduated some years back. But I didn’t know that could lead her to this situation.

“She was a hard-working woman and I won’t say she was poor. One of her daughters is married with children. We are all surprised that she ended this way.”

But the younger brother of the deceased, Fredrick Nwenu, told some journalists that his sister had no reason to take her life.

Nwenu, who said he accommodated her late sister for some time, said the news came to him as a shock. 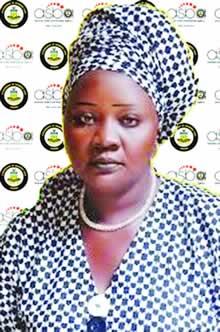 , “My sister had no reason to do this, having trained her

children who are university graduates. Her daughter is happily married with kids. So, she had no reason whatsoever to commit suicide.”

The community was thrown into mourning when the news of the suicide spread, as many described her as an industrious woman.

It was gathered that the deceased hanged herself with a rope which she tied to the burglary-proof bars of the window in her room.

PUNCH Metro learnt that the victim was cooking in her kitchen around 4pm when she suddenly abandoned the food and dashed to the bedroom where she allegedly took her life.