A couple of lovebirds were filmed having sex on a beach in Thailand – but could be sent to jail if they are caught. Police have launched a manhunt for the tourists, who got amorous on Dongtan Beach at 8am after a night of partying. 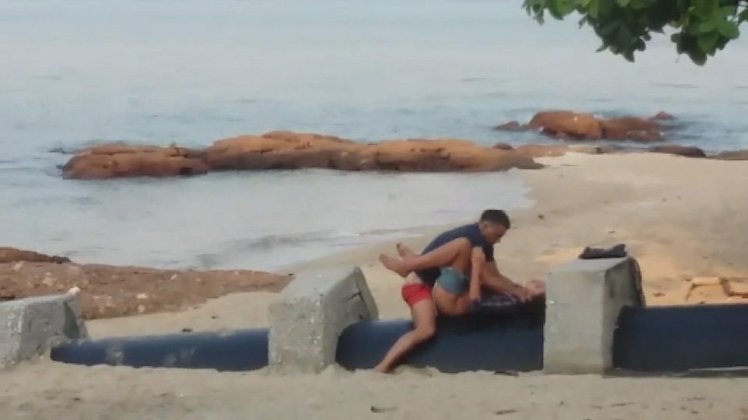 Their identities are not known, but officers in the popular resort of Pattaya believe they are of western origin.

Onlookers said they had sex for more than three minutes before people started shouting at them to stop, and the couple disappeared down the beach.

”This happened in a public place where many tourists go to relax. The scene is in front of the Pattaya Marine Rescue Center.
”I do not know where the tourists come from but officers are pursuing them in order to protect the reputation of the area.”

Officers have now interviewed staff at the lifeguard’s hut on Dongtan Beach from where the pair were filmed.
The couple are believed to have been drunk. Officers are now checking CCTV to retrace their footsteps in the area and appealing to the public for more information.

The tourists face being fined up to 5,000 baht (around 115gbp) for public obscenity or jailed if they are caught. 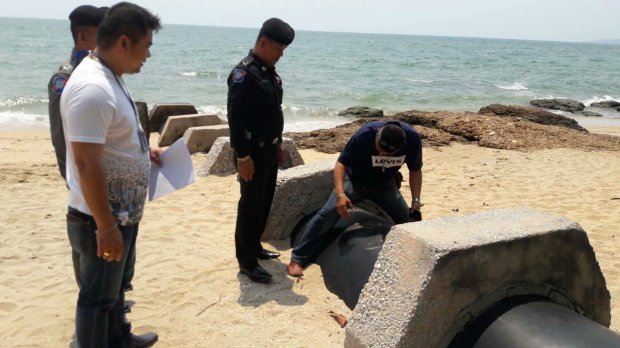 ”Police will investigate this and prosecute the people involved. This is very negative for the area.
”We have spoken to many witnesses are we are pursuing the offenders. It is a crime to have sex in public like this and they will be punished.’