Amazing pictures have captured the moment a woman gave birth underwater in the Red Sea with help from a ‘tourist’.

Images show two men, believed to be a Russian doctor and the baby’s dad, carrying the newborn through the waves in the Egyptian resort town of Dahab.

The unknown mum, reported to be a Russian national, is later seen emerging from the water in her bikini.

Pictures show the baby’s placenta was placed into a bowl before being taken to the shore with the umbilical cord still attached.

A young child was seen waiting on the beach before being joined by the mother.

The photos, which were posted on Facebook, were reportedly snapped by a tourist from a nearby hotel balcony.

Social media praised the apparent “beauty” and “easiness” of the baby’s water birth. 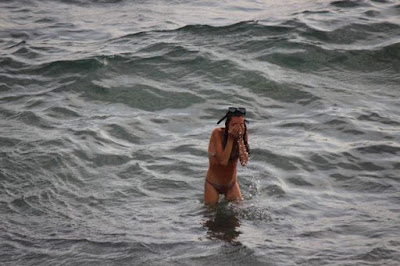 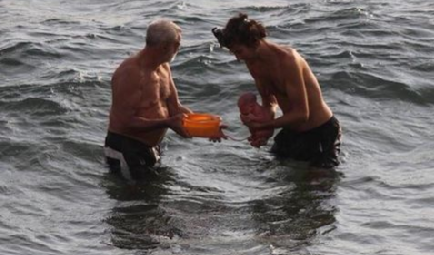 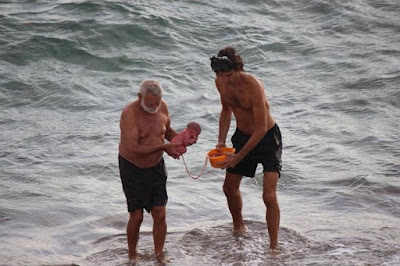 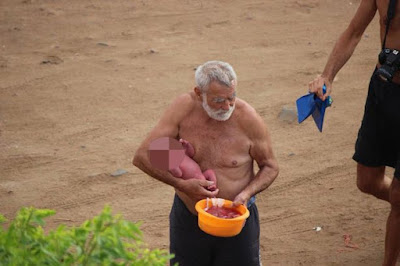 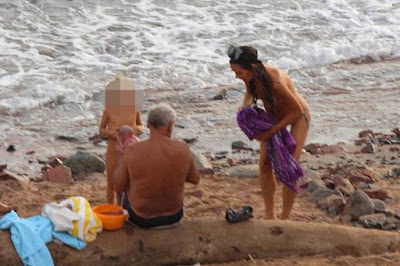