An Indian man poured acid over his wife, on International Women’s Day, after she gave birth to a baby girl in Moradabad, in the Indian state of Uttar Pradesh. The victim, Farah Biwi, 25, suffered burns injuries to her face, hands and stomach after her husband Siraj Biwi, 32, allegedly threw acid over her.

The couple were married for eight years and have two children together, both girls. Police are searching for the alleged attacker, and hope to arrest him for voluntarily causing grievous harm.

Farah is now being treated in hospital after the attack – said to be motivated by her ‘failure’ to produce a male child and fulfill a dowry. 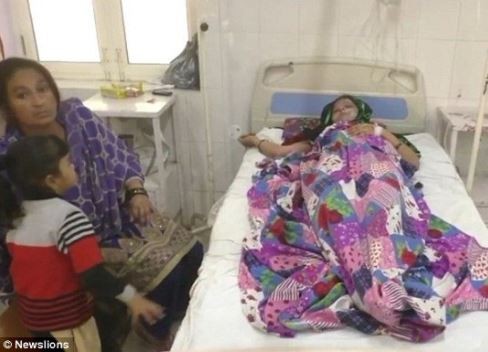