A dutiful Malaysian worker was hit by a bus on Monday in Singapore and his first instinct was to ask for a phone and call his boss to report his lateness.

A motorist was driving along the PIE after Stevens Road towards Jurong when he passed by the aftermath of an accident between a motorbike and a large yellow bus.

The 35-year-old victim lying injured on the ground caught his attention, and he stopped to help. 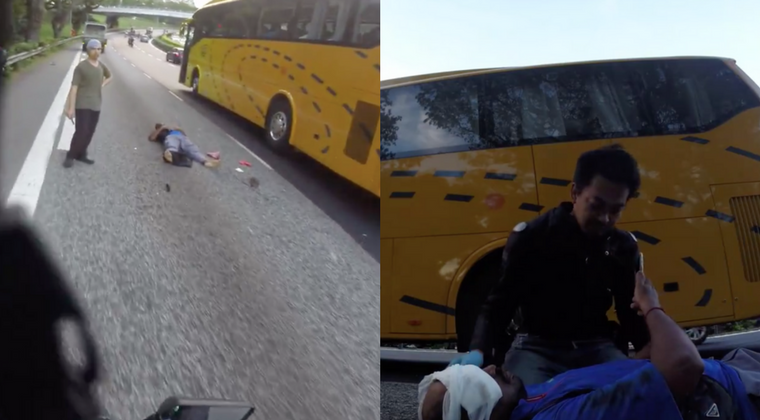 Surprisingly, the man’s first words to him were to implore him to call his boss and tell her he’d be late for work.

The Good Samaritan, who shared the photos on Facebook said he knew the victim would be okay after he uttered those words.

“Looking at him, I was like… bro, you are going to be late for [a] few months!” he replied.

He then went on to explain that he put up the video to encourage the public to learn first aid skills and help others in situations like these.