Taraji P Henson’s red carpet interview with Ryan Seacrest at the 2018 Oscars garnered a lot of attention when she accused of a taking a subtle dig at the E! News presenter.

Seacrest is at the centre of sexual harassment allegations made by his former stylist, which he has vehemently denied.

However , Taraji’s comment to Seacrest has many believing the actress took a subtle dig at him  .She told  Ryan:

‘You know what, the universe has a way of taking care of the good people.’ She touched him on the chin and smiled as she said: ‘You know what I mean?’

The speculation only intensified when she moved to a second red carpet interview with ABC, telling host Wendi Mclendon-Covey

‘I’m great now that I’m in your company’. 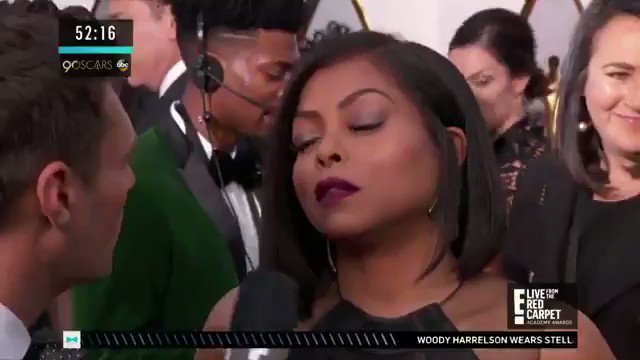