It’s no news that rappers 50 Cent and Rick Ross are enemies, but with recent news that the MMG boss is battling for his life at the hospital, 50 is still uncompassionate to his longtime rival.

He took to his Instagram to share a photo of Ivan Drago from “Rocky IV”,  a precise scene where Drago is standing over Apollo Creed as Creed is dying. Drago says, “If he dies, he dies.” 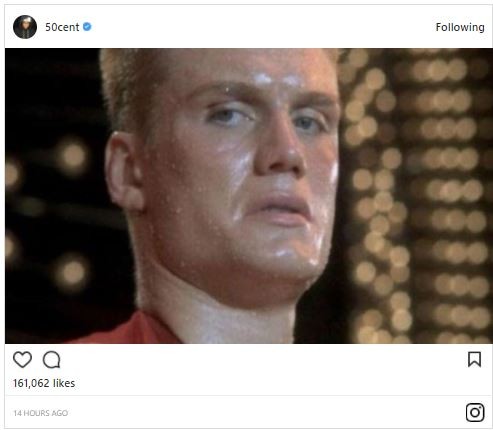 Many were quick to figure out that it was subliminal jibe at Rick Ross, who is reportedly on life support after suffering a Heart attack.

MUST READ! 18 People reveal why they left their partners at the alter

Here is a video of the scene.

Court orders man to give police 24 hours notice every time he wants to have sex
Categories: News