Legendary singer, Sir Shina Peters opened up to  Olushola Ricketts of Punch about his music career and his relationship with women, and his famous music director son,Clarence Peters.

You can call me a ladies’ man but I did things with caution. Do you know that I am the only artiste of my generation who is legally married to only one woman till date? My wife still stays with me. There is no way you would be at the peak of your career without the support of women.

Getting married was a miracle. In those days, even before I finished a show, you would see plenty of women literally queuing to meet me. Choosing my wife was destiny; it was not my making or hers. We were destined to be together and I feel everyone has someone destined for him or her. If not for my profession, I would have loved to have a wife and two children. But it turned out that I had children with other women. The temptation in the entertainment industry is too much and you can easily get carried away. I always use spirituality to tackle things. Some women can use love spells on men they like. Do you know how many love spells they might have used on me?

The only thing I have never done in my life is to smoke cigarettes. Though I take alcohol, I am closer to God now. I am now the head of the choir of Cherubim and Seraphim church. I took over the position in July last year.

Charlie Gard’s Parents Finally Gives Up! His Life Support To Be Switched Off

On his famous son,Clarence Peters whom he had out of wedlock with actress, Clarion Chukwurah,he said

God only used me and his mother (Clarion Chukwura) to bring him into this world. Clarence is a genius and he has all it takes to be a star. I pray for him to have long life and to find a good wife. Whenever he wants to see me, I am usually not available and whenever I want to see him, he is somewhere shooting. But we make sure that we see at least once in a month. There was a time he called me and was panicking. After setting up for a video shoot, the owner of the store he wanted to use appeared and started shouting at him. He called me and the man wanted to know who I was. The man happened to be the owner of Elizade Motors. When I introduced myself and told him Clarence was my son, the was issue settled automatically.

Clarence is big, Shina is bigger. All I do now is to pray for him and the rest of my children. I can fast for 90 days straight; I will just take banana and water. Even when I have events, I still fast. 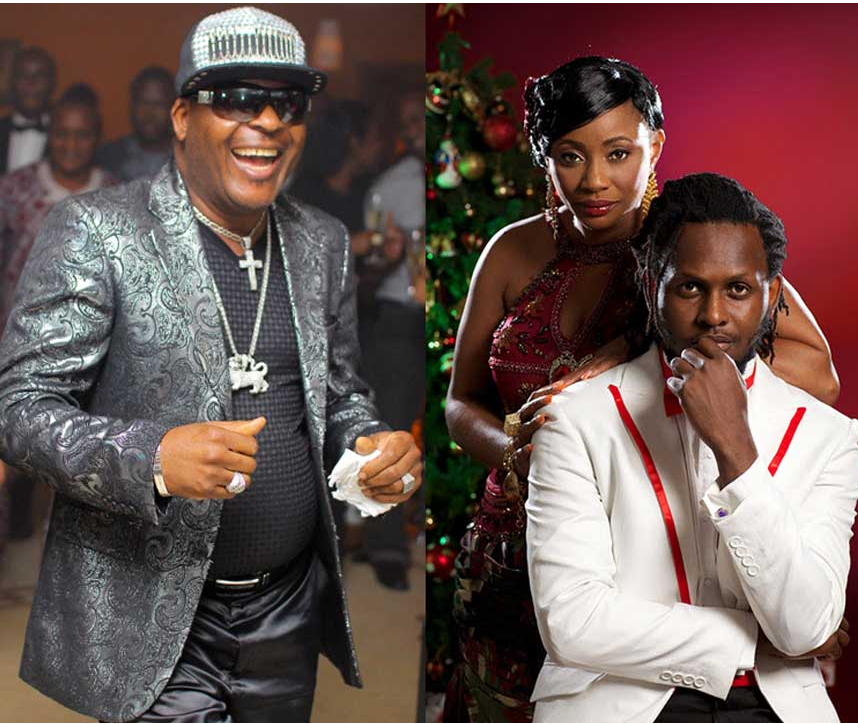 Olamide Gets ‘Flogged’ By NBC Over New Song, “Science Student”
Code of Conduct Tribunal: February 4th to be Justice Onnoghen’s trial
Newly Wed Husband Learns Wife’s Carrying Another Man’s Baby After Waiting Years To Have Sex With His Bride
'You will never be on another court of mine' - Serena gets furious at US Open final