Naomi Campbell has made it clear just how steamy her relationship with rapper Skepta is by posing for a sizzling GQ cover shoot with her new beau.

He is 15 years younger than the fashion icon. 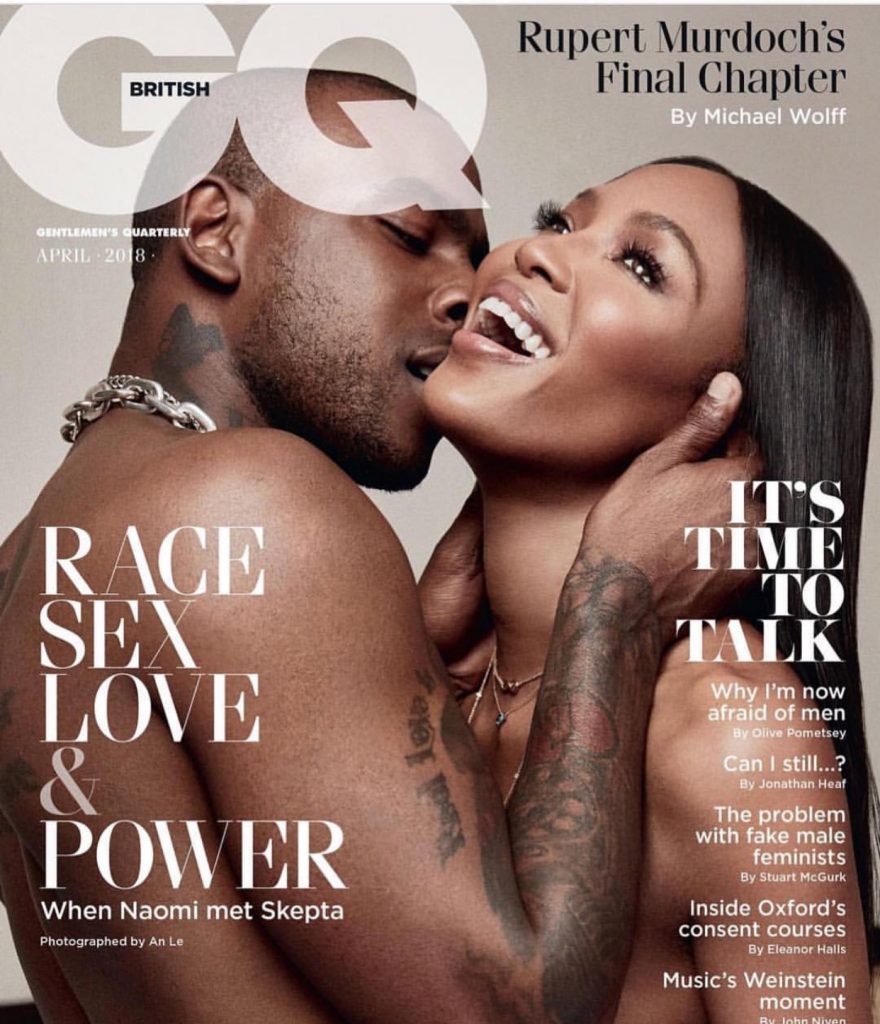 There had been rumour about their relationship, but Naomi, 47, confirmed it via an Instagram post on Thursday, when she shared a GQ cover featuring her and her beau cuddled close while wearing nothing but jewelry.

Skepta is the first man Naomi has been linked to since Egyptian millionaire Louis C. Camilleri in July 2017, the Mail Online reported.

Born Joseph Junior Adenuga on September 19, 1982, Skepta is an English rapper, songwriter and producer. Although he was born in North London, his parents are Nigerian immigrants.