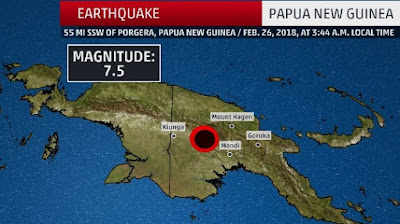 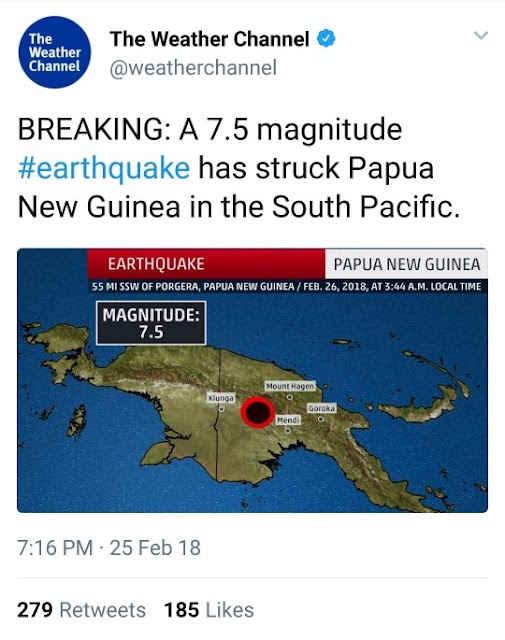 The 7.5 magnitude earthquake struck the heart of the island near the near the Southern Highlands area, with tremors felt across the nearby region.

The phenomenon hit at a depth of 10km at roughly 4am local time (6pm GMT).
It is currently unclear if any damage or injuries were cause by the substantial siesmic event.

Papua New Ginuea rests on the so-called ‘Ring of Fire’ – a hotbed of seismic activity surrounding a tectonic plate that spans the pacific. The quake follows another seismic event in Japan, where a 5.5 magintude earthquake struck just hours before.

Study Suggests Boyfriends Who Cheat Are Most Loyal And Faithful

Despite the magintude of the huge quake, officials have confirmed there is no risk of a resultant tsunami.