Sridevi was reportedly with her husband Boney Kapoor and daughter Khushi at the time of her death in Dubai. She along with her family was in Dubai to attend the wedding ceremony of a family member.

She was regarded as the First Female Superstar of Bollywood and one of the most popular actresses of Indian cinema.

In Bollywood, she made her debut as a lead actress in Solva Sawan (1978) and gained wide public attention with the movie Himmatwala (1983).

She not only won hearts of millions with her films like Chandni, Lamhe, Mr India, Nagina and more in the 1990’s, but she also continued winning accolades in her second innings with films like English Vinglish.

She was last seen in 2017 film MOM. Her daughter Janhvi is set to make her Bollywood debut this year with Karan Johar’s directorial Dhadak. 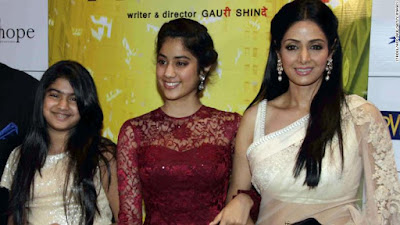