A vicar at the Church of England has been caught on film snorting cocaine and inhaling from a crack pipe as well as discussing prostitutes with a friend at his church-owned home.

The 64-year-old Rev Stennett Kirby, in the short clip obtained by Sun U.K, was seen discussing with a friend before smoking from a crack pipe and snorting what appeared to be a cocaine.

The vicar, who is on sick leave, went a step further discussing how he hired a female escort. 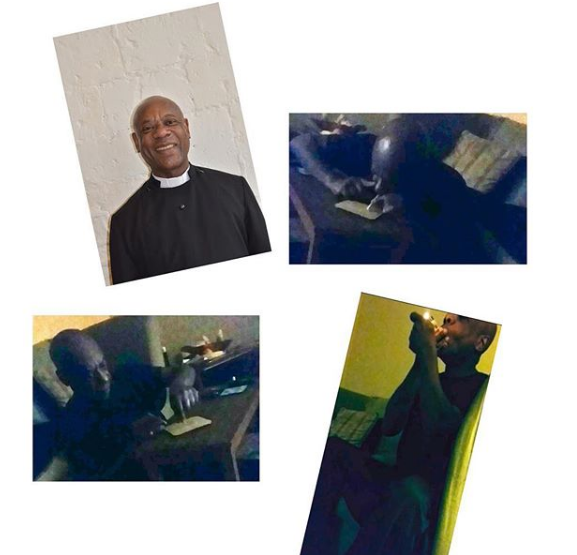 He further said; “I’m going to Soho with my mate for dinner. I’m going to sex shops to get some poppers.” The Sun reported that when his friend told him he prefers prostitutes to having a relationship, unmarried Mr. Kirby agreed.

Mr. Kirby says: “It’s too much hassle, that’s what I told you about women.” Later his friend asked him: “Shall I make you a cocaine spliff?” Mr. Kirby replies: “If you don’t mind.”
.
In other footage his brother, who is a minister, can be seen snorting coke.