Gen. John Shagaya the former Minister of Internal Affairs during the administration of President Ibrahim Badamasi Babangida, has been reported dead.

According to reports, he died yesterday in an auto crash while traveling from Lantang to Jos, Plateau State and his corpse has been reportedly taken to the mortuary.

Shagaya before his death was chairman, Governing Board of National Institute for Policy and Strategic Studies, Kuru in Jos; and his last public assignment was about two weeks ago in Abuja. 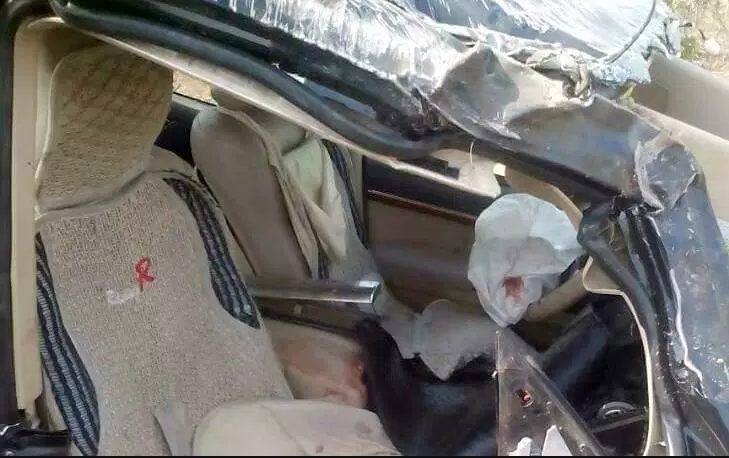 President Muhammadu Buhari is profoundly saddened to learn of the tragic accident that took the life of Senator John Shagaya. The president offers his heartfelt condolences to the Shagaya family, friends, the Government and people of Plateau State on the painful passing of their illustrious son.

Photo: Inmates escape from jail in their boxers after getting help from a female guard

The President pays tribute to the great Nigerian whose legacies will live on in the patriotic work he did as a military officer, who rose to the position of a General, and a distinguished Senator of the Federal Republic that ably represented the Plateau Southern zone.

The President affirms that at each step of his distinguished career in national service and politics, General Shagaya brought his deep convictions and discipline to national, regional and community assignments and was ready to always offer his best to the development and stability of the country.

President Buhari prays that God Almighty will comfort all who mourn him and grant his soul eternal rest.

University ratings over the years are fake, says NUC
Woman hides dead mother in freezer to collect her 10 years pension
Woman Discovers Late Hubby Was her Biological Father.
Did Jussie Smollett Stage His Attack To Get More Episodes On “Empire.”?