No fewer than 18 people have died after a double-decker bus crashed in Hong Kong.

The bus, which was reportedly traveling very fast, flipped over in the southern Chinese city. The death toll included 15 men and three women, a police spokeswoman said. Another 47 people were injured and taken to hospitals, including 19 in serious condition, the Hospital Authority said. 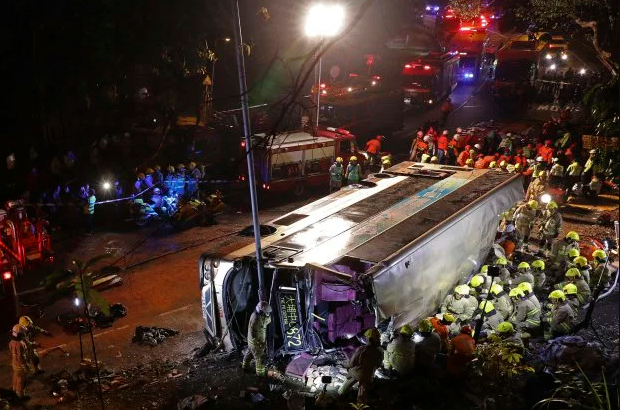 Passengers quoted in local media say the bus was moving at a high rate of speed before it tipped over. Photos and videos taken at the scene show the bus lying on its side while emergency workers rushed to treat injured passengers nearby. Footage from the scene showed rescue workers cutting open the roof of the bus, operated by the Kowloon Motor Bus Co. 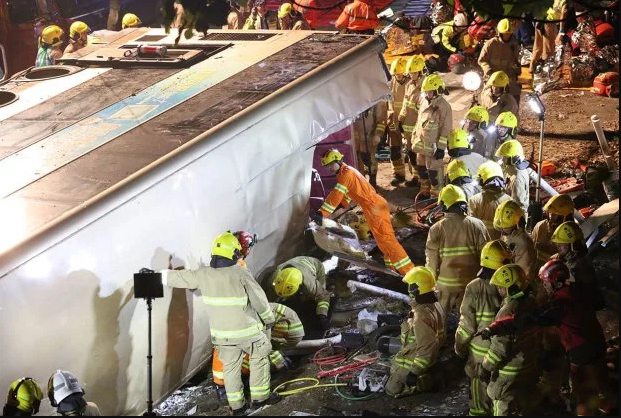 The South China Morning Post newspaper said it was the Asian financial center’s deadliest traffic accident since a 2003 bus accident that killed 21 people. 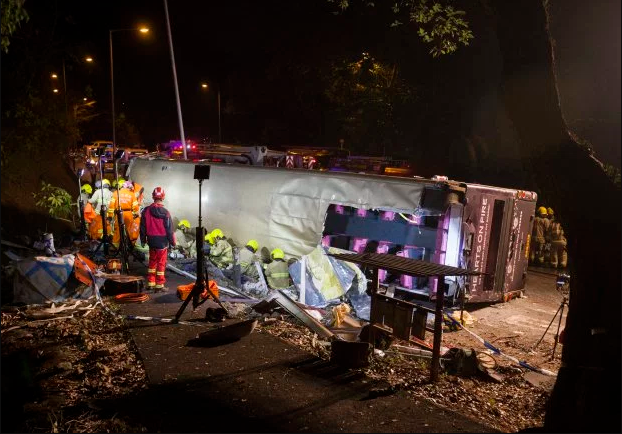